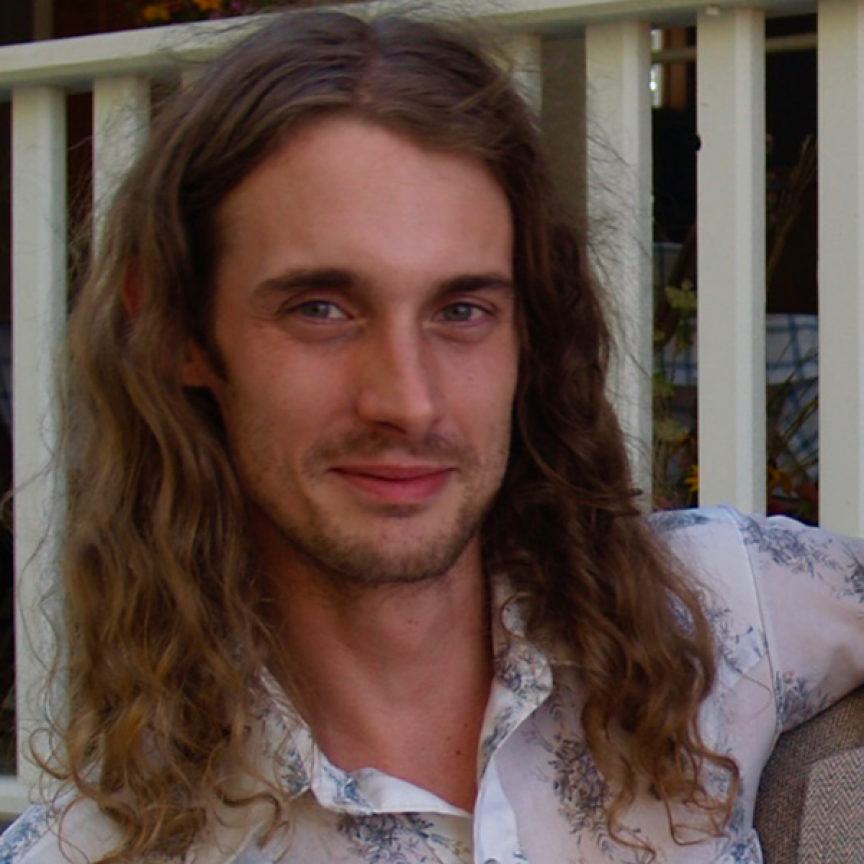 Michael David Sutton was a spirit of enormous curiosity and intellectual exploration, a musician, artist, writer, and philosopher. Michael was a loving and kind man with literally hundreds of friends with whom he developed active channels of frequent communications, stimulating exchanges, and prolific essays challenging the very foundations of human perception and existence. He was deeply concerned for those who struggle for survival and the social ills of our country. Family and friends miss his creative spirit and unique way of seeing the world.

Michael was 40 when his body was pulled from the Des Moines River May 18th, 2019. He was born and raised in Des Moines, Iowa. Michael struggled through elementary school as a few perceptive teachers pointed out that the education system was not prepared for a child of his formidable intellectual abilities and active questioning of everything. It was a poignant time when the only answer schools offered was immersion in pharmaceuticals to blunt the hyper active child. With his mother’s coaching and without the chemicals, Michael succeeded, showing bright promise. He graduated from Roosevelt High School, and moved on to Kirkwood Community College in Iowa City. It may have been about this time that Michael began recognizing and reacting to feelings of social anxiety, but most certainly, college life exposed him to cocaine and a variety of experimental chemicals.

Living on his own was a greater challenge for Michael. He did not easily accept the social norms of owning or driving automobiles, ownership of property, expectations of economic systems that he saw creating class strata and “slave-wage, soul-devouring occupation.” He struggled to hold jobs, seldom asking for appropriate hourly compensation, seemingly lacking drive to raise or even recognize higher lifestyle. Instead, Michael found his ambitions in studying philosophy, composing music, creating art, and writing. He traveled a bit, living in Albuquerque, New Mexico, Champaign-Urbana, and Chicago, Illinois.

Music was important in his life. Receiving his first guitar at 14, music became central to his creative expression as he learned to play a variety of instruments and developed his own unique vocal style, performing in bands in Champaign, Chicago, and Des Moines. The lifestyle brought Michael exposure to more menacing drugs, amphetamines, and heroin. He became homeless and lived hand-to-mouth on the streets of Chicago for nearly two years, panhandling and selling small paintings.

The family responded to his phone call the week after Christmas 2012, and drove to Chicago in a blizzard to rescue him as sub-zero temperatures descended on the Windy City. The transition was not easy but with good food, loving care, and judgment-free environment we all hoped for the best. We did not know of Michael’s heroin addiction for weeks, though professionals might have recognized spontaneous bouts of paranoia and anxiety.

To the dismay of all, he returned to Chicago after three months, just as we were recognizing clearing of his eyes, relaxed manner, and greater vitality in his posture and movements. Strangely, again, just before Christmas, as minus temperatures plunged Chicago to nearly 10-below, he again asked if we could bring him home to safety. This time he seemed to succeed. Structure and nurture began to bring him back into the fold of family and old acquaintances. With time he found work, rebuilt relationships, and began playing in local bands.

Last year, turning 40 was a quake in his life. Depression had set in; he appeared shaken by his own diminished estimation of himself and his life accomplishments. A series of events seemed to cascade like dominos bringing crushing blows to his self esteem through the latter part of 2018, including being arrested, losing several jobs in a row, being committed for evaluation, and losing his home. Somewhere in this cycle, Michael turned to using meth. Friends and family alike noticed changes in his personality, major episodes of paranoia, irrational feelings, and delusional thinking. The downward spiral culminated near the end of April this year when Michael went missing. How he died remains unknown until we have the final results from forensic tests.

Submitted by: Stan Sanders To edit this memorial, please contact us at info@shatterproof.org or 800-597-2557.