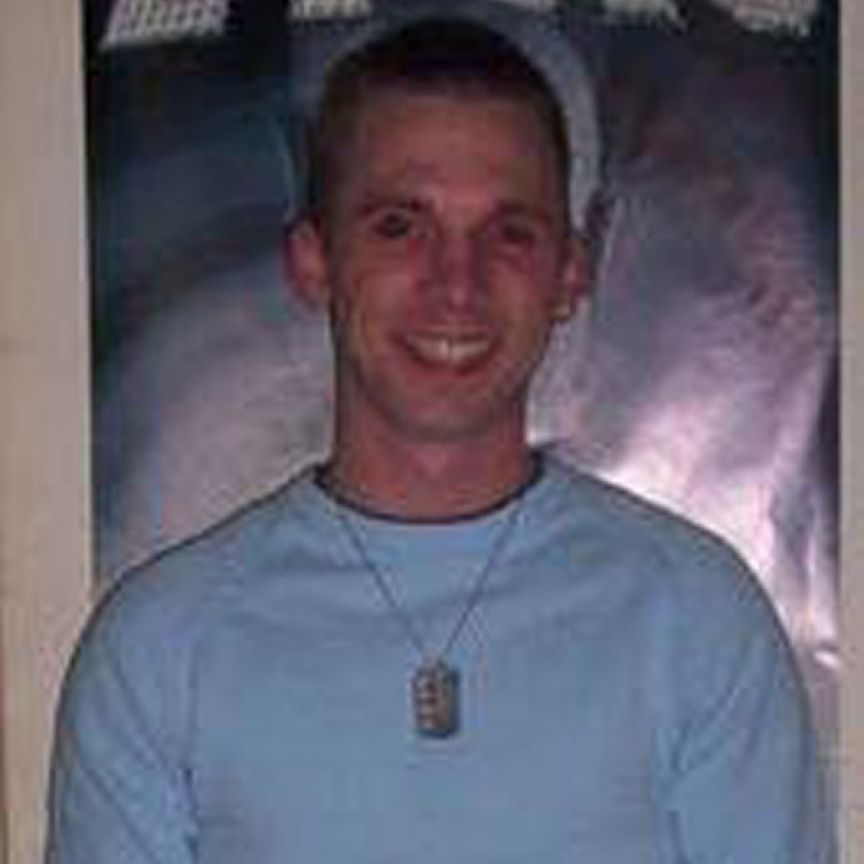 My son grew up with many friends. He was always the class clown and loved sports. All sports. If he had gone in the direction of baseball further, I believe he could have earned a scholarship. He was the one I would always hear the other parents say, "Oh we have to stand up, this is the kid that always hits the homers." I would grin from ear to ear, thinking that's my boy. His stepfather raised him with me. When we met he was eight years old. He helped him with his love of sports, coaching, and attending games of the sports teams in Philadelphia he loved so much. He had a few trials along the way, as we all do. My parents passing away in 1995 only nine months apart from each other and since I was young when I had him and his biological father left to go in the army when he was young, thankfully they helped us a lot. He was my mom's pride and joy, and he could do no wrong in her eyes.
He decided in 2009 to get in touch with his biological father. I tried to discourage him since he hadn't reached out to him since he was two and I didn't want to see my son hurt. He said, "Mom, I'm a man now. I can handle it." So, we got in touch and he came up and spent that Thanksgiving with us. In a way, it was like a fairy tale - we all reconnected and my son saw his mother and father rekindle. In January of the next year, 2010, we remarried and he moved with us to PA from AL. He wasn't used to the snow, we had a rough winter that year and he was looking for work. He went on three interviews and we were keeping his spirits up. Though we didn't know how he was really feeling. On February 27, 2010 my son's father took a walk and never returned. Later, he was found in a park - he had taken his life.
That was my son's demise....He carried around a lot of anger, guilt, and many other emotions. He began using pills first that I'm aware of and within a few years it progressed to coke, crack, and heroine. He was in rehab five times, two recovery houses and the crisis center a few times.
In October 2018, he went into a recovery house in Philly. I was skeptical but he was a man and had to make his own choices. He thrived, he loved the meetings, made a lot of friends, chaired meetings, and went back to the rehabs he had been in to talk to the patients of his journey.
He made it two weeks shy of his one year sober anniversary. When he chaired the meetings, he would always say "let's get deep." The past year of his life was a gift, I got to see my son again underneath the disease, yet better - more humble and grateful. We had many deep conversations filled with tears and laughter. We made memories I will treasure always. He fought hard, I know he did. I saw it - he prospered -looked healthy and most of all the lost, hollow look in his eyes were gone. Yet, the horrific disease of addiction was always there lurking around. I'm not sure what made him turn back, as he was eagerly counting the day until his one year anniversary. I know he didn't want to die and I know in my heart he loved me dearly. At least, many of his friends through recovery tell me over and over. I miss him dearly, I talk to him everyday and I pray one day, I can find the peace he did just on this side and hopefully be able to share his story. If I'm able to save one person, it will be worth it.

Submitted by: Dawn Troutt To edit this memorial, please contact us at info@shatterproof.org or 800-597-2557.