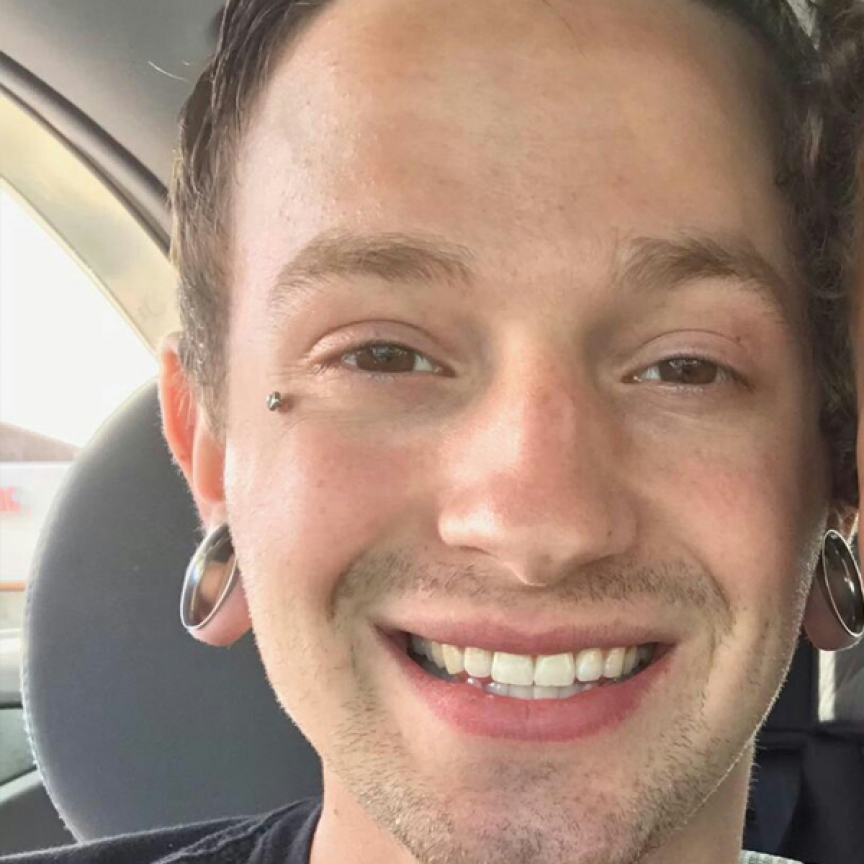 Let me introduce you to Ryan Moore. As a 25 year old, Ryan loved life and all it had to offer. Ryan loved music, playing drums, and going to concerts, especially with mosh pits. His favorite band was “A Day to Remember”. He was caring, empathetic, and had the biggest heart. He had many new things in his life – his own apartment, a girlfriend, a job cooking at a restaurant that he loved. He worked many hours, but said that was good because it kept him busy and gave him a chance to save some money. Ryan told me that he wanted to set up a weight bench in the basement so that he could start working out again. Working out made him feel good. Ryan did not have much in his apartment, but what he had I know meant a lot to him. Ryan was working hard on being an adult and being independent. As his mom, I was so proud of him, but I was also scared.
Having a child that suffers from substance use disorders and been to rehab more than once, leaves you cautious. I did not ask the hard questions to my son because I was scared of the answers. Now I live with the guilt of those unasked and unanswered questions.
I never sent Ryan money. I was afraid that he would buy drugs or alcohol. Instead, I sent care packages. In early December 2018, I sent Ryan a care package. Ryan lived in CT while I live in FL. Ryan texted me on Sunday, December 16 that he received the package and loved the blanket. We said that we loved each other. At 4:00pm on Monday, December 17, 2018, my life forever changed. I got the call that Ryan was dead. My youngest son was gone. Died alone in his apartment. It was ruled accidental overdose (heroin with fentanyl) but I call it drug–induced homicide. No one was ever charged with his murder.
The bright and promising future for my son is gone. Ryan’s addicted brain won the battle and he lost the fight on December 17, 2018 at only 25 years young. I found out after his death that he was going into rehab that day. I will never see my son married, become a father, go to college, or become an uncle to his brother’s children. I miss his smile. I miss his laugh. I mostly miss his hugs. There are no more new memories to be made. All I can do is make sure that Ryan did not die in vain. He was too special to this world to be forgotten. It was my job to teach Ryan about the world. Now it's my job to teach the world about Ryan. Opioids killed my son. I am forever changed because I am forever heartbroken.
I am Forever Ryan’s Mom. Remember his name, Ryan Moore.

Submitted by: MaryBeth Moore Zocco To edit this memorial, please contact us at info@shatterproof.org or 800-597-2557.