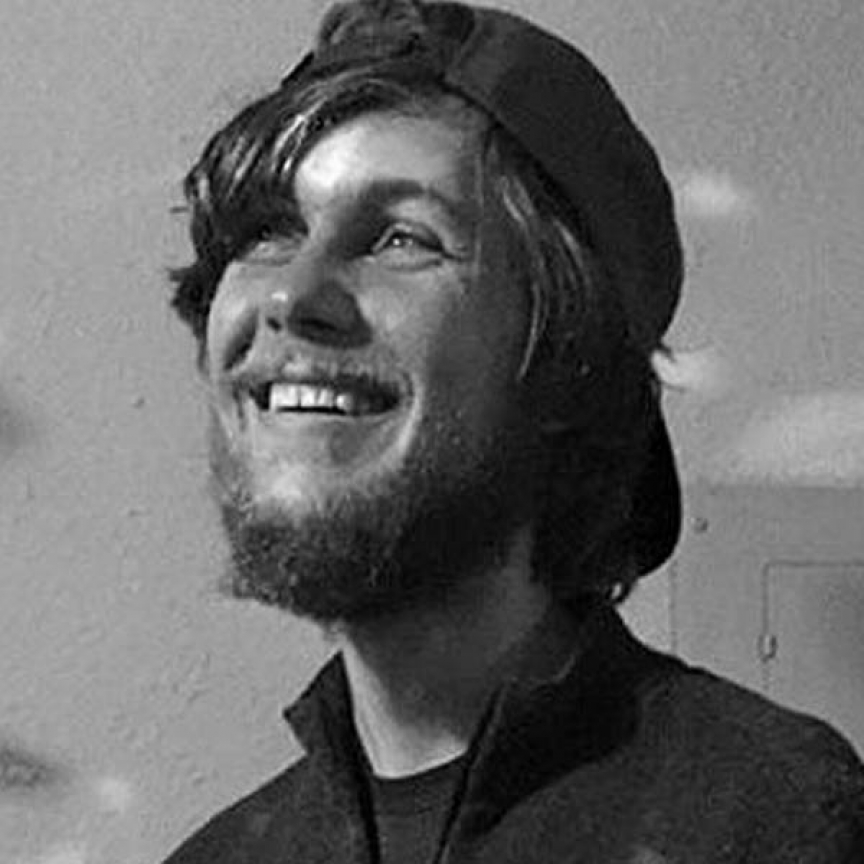 When Sam was born, my first thought was that he radiated goodness. His wide eyes seemed to convey patience and reserve judgment of his new situation until the doctors and nurses had a chance to do their thing. As a little boy, he was curious and unhurried, giving each new experience due time for consideration and wonder. He paid particular attention to the details of animals, nature, books \, and music, developing an impressive repository of knowledge and songs, and later an interest in rock climbing and a knack for playing the guitar. He loved social activity, eagerly anticipating each opportunity to gather with friends and family.
The school years introduced some difficulty as Sam experienced some bullying as he struggled to fit in with and understand the rough and tumble world of the playground. The fact that his military family moved frequently compounded the problem. Sam courageously kept looking for connection and found good friendship along the way, but the years of struggle affected him. He developed an affinity for marijuana in high school which led to other drugs, including painkiller pills and eventually, heroin.
We struggled to find appropriate and effective treatment, but the addiction held him tightly hostage. He went down the road of an addict's existence with all its associated troubles. One night after picking him up in a dark corner of the city, he expressed his despair in believing that he would never be free of his cravings. Another time, from a stretcher on the way to an ambulance after an overdose, he looked at me, shook his head and said, "I'm sorry, mom. I'm sorry.'
Because addiction had such a hold, and treatment hadn't worked so far, I took him on a wilderness trip in an effort to give him space to start anew. We hiked 93 miles of the John Muir Trail together. Along the way, I stopped leading him, and he began leading me. He reached Donahue Pass first, and I could hear the joy in his voice as he cried out in celebration. He finished the trip healthier and stronger. He moved in with a friend and started working, which he hadn't been able to do for a year and a half due to his addiction. We both had the naive hope that he could make and execute the decision on his own to follow a sober path. Tragically, I got a call on September 7, 2015 that my beautiful, beloved boy had died of a heroin overdose.

Submitted by: Nancy Chappell To edit this memorial, please contact us at info@shatterproof.org or 800-597-2557.