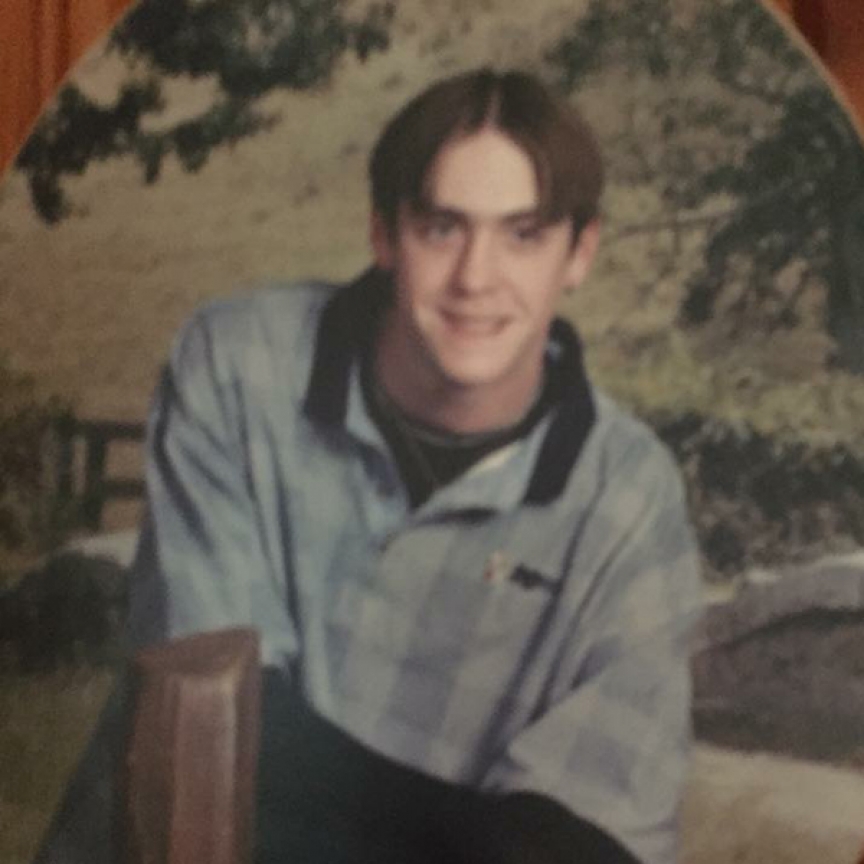 My Angel. Troy was such an awesome kid from day 1. My mother was dying of cancer and he was like the best baby ever. Laying with her in bed her last days. He coo’d and smiled all the time. He had migraines when he was 2 caused by stress from his father and I fighting constantly. We divorced and they got better but he had to grow out of them which he did by age 13. I moved to NC with him and my grandma and sister Tina. I worked a lot and I partied a whole lot while he grew up. I was an addict and it was all about me. Troy's real dad was an alcoholic and a drug addict but he got clean. He only wanted to see Troy when it benefited him such as family reunions. When I wasn’t at work I had Troy at my side. He spent 9 months at age 14 living with dad just because he wanted to see what it was like living with him. His dad punched him in the face and broke his nose. I still do not know why??? But Troy never talked back nor had an attitude. All his friends were misfits. Troy always took care of the underdogs. Yet everyone who met him loved him. At 17 he was drinking and partying all the time. He was in a horrific accident where his car went airborne and landed on a gas meter which broke and exploded. Threw Troy out luckily but he still received horrible burns from his neck down. He had skin grafts. It was just a horrible experience for him. His friend was burned to death in the car and the boy driving ran away and left Troy to die there as well. It was a long recovery for him. He didn’t want to go back to school at home so he went to his Dad's in Cleveland Ohio to go back to school and graduate high school. Which he did. But I did get Troy the best Trauma Therapy and when he got to Ohio his dad told him real men didn’t need therapy. Smh. He came back home after graduation and moved in with his GF. Started drinking heavily and big time drugs as well as dealing. Dealing with Columbians. Smh. He called me one Thursday to tell me he wanted to spend the whole day with me on Mother’s Day which was that Sunday. I told him how great that would be and I loved him, which I have told him every day of his life. He talked with Mutt, his stepdad who raised him and taught him everything. About how he had saved some money and wanted to go to school and move closer to us. Apparently that night he drank way too much and did way too many drugs. He partied all night with 5 friends at his apartment. At 8 am he went upstairs to take a shower. He shot hisself in the heart in the tub. My heart breaks daily. He is my angel. Troy was so loved and so giving of everything he had. He always made people laugh even when he was a little boy. He was so special. He deserved so much better. But he was loved.

Submitted by: Kim Proctor To edit this memorial, please contact us at info@shatterproof.org or 800-597-2557.