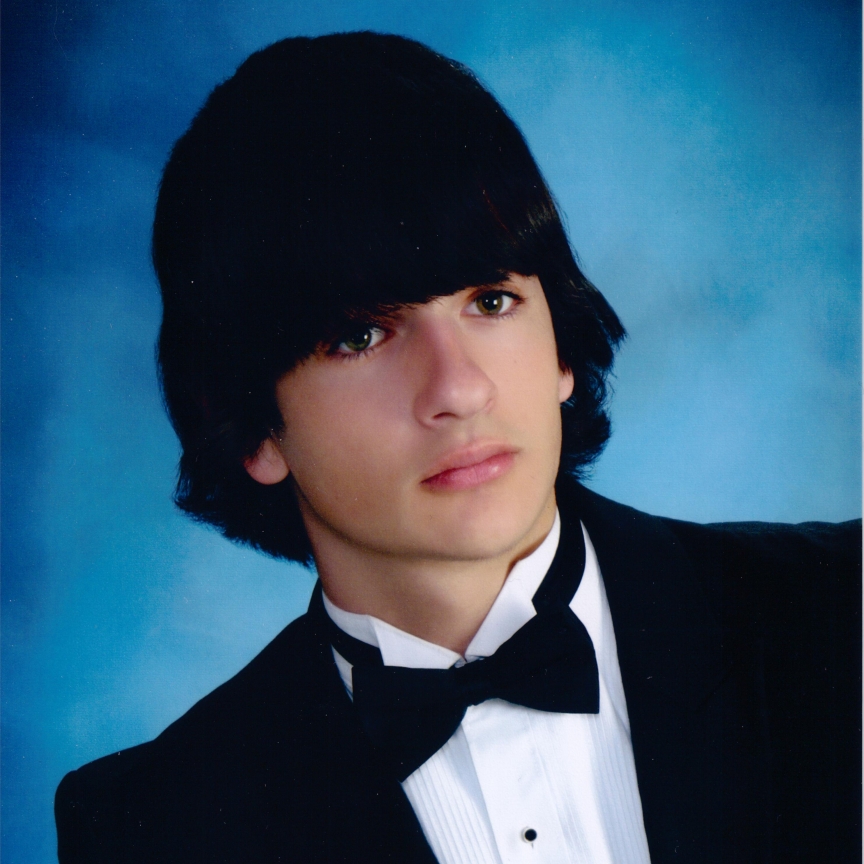 Dustin was so funny - he spent a lot of his time on his computer making hysterically funny videos - he would sing along to songs - making funny facial movements and playing the guitar. He was just a funny kid.

There are so many - I will pick one. Dustin's older brother (3 yrs older) and I were watching The Sopranos and Dustin walked in the room and suggested we turn the program off - when I asked him - Why ? He responded - that there were entirely too many "F words" in the script. His brother and I said that we would take it into consideration and that we would continue to watch the show as long as no one would say the "F word".

How Dustin will be Missed

Again - I miss so many things - I'll touch on one. Dustin's kind heart - I miss - so much. Dustin would be the first to befriend a new student at school - if he finished his classwork early - he would ask the teacher if there was someone that he could help.

How Dustin will be remembered

I think that Dustin would like to be remembered as a kind and funny young adult. If someone had a flat tire - he would help. If someone was sick and could not go out - he would sit with them - and try and cheer them up. He loved playing soccer - if it was a practice - a game - he would encourage his team mates to have a good time - and not focus on who won.