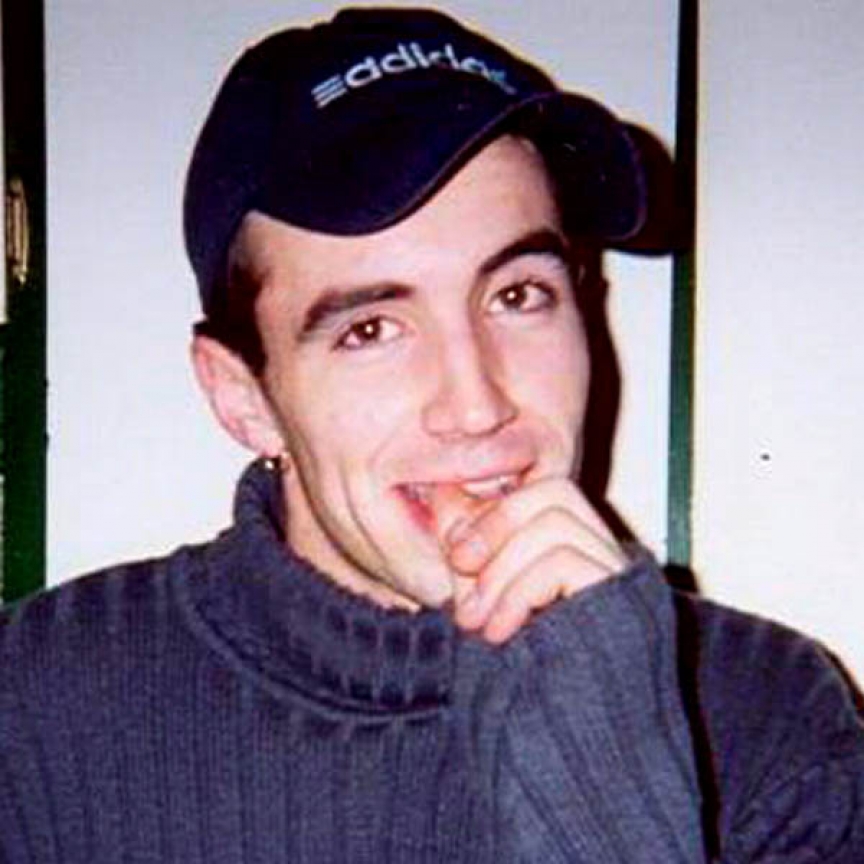 "Our Ian is a sweet, gentle and loving soul. He was a happy, bouncing baby boy who captured people's hearts with his sweetness, his big brown eyes and his cute crooked smile which lit up his whole face. As a small child, he would race his Smurf Bigwheel down the sidewalk, tearing around corners, which earned him the nickname, ""Screamin' Ian"", given to him by a family friend. He was always a good friend and ready to give a helping hand. He was easy to talk to and girls loved him. Ian was very intelligent, musically talented and artistic. He had a wonderful sense of humor and he laughed easily. Ian was most at home in Nature. His first love was music of all kinds. He played the guitar, trumpet and baritone. As a child, he could simultaneouly play two flutaphones with his nose. He could be stubborn at times. School often bored him, (except for band) and when caught daydreaming by the teacher, he could always answer the question correctly. Ian was such a natural at music that according to his sister, the band teacher would choose music for the band that would challenge him. He was kind to animals and a couple weeks before he passed, he told me about how he and his friends found a sick Red-tailed Hawk which they fed and took care of until the proper authorities could take it. Now, whenever a Red-tailed Hawk comes unusually close to me, I like to think that it was sent by Ian as his way of saying, ""Hi Mom, I am with you"". I just want people to know what kind of person Ian was, to see his humanness and that good people sometimes end up with an addiction of some kind, whether the substance is illegal or legal, whether the addiction is to drugs, alcohol, food, sex, or cigarettes. They are not their addictions and they still deserve our unconditional love and compassion. Between his father's family and mine, Ian has two sisters and five brothers. We all love and miss our ""Nino"" more than words can express."

Submitted by: Lesley Schnick To edit this memorial, please contact us at info@shatterproof.org or 800-597-2557.