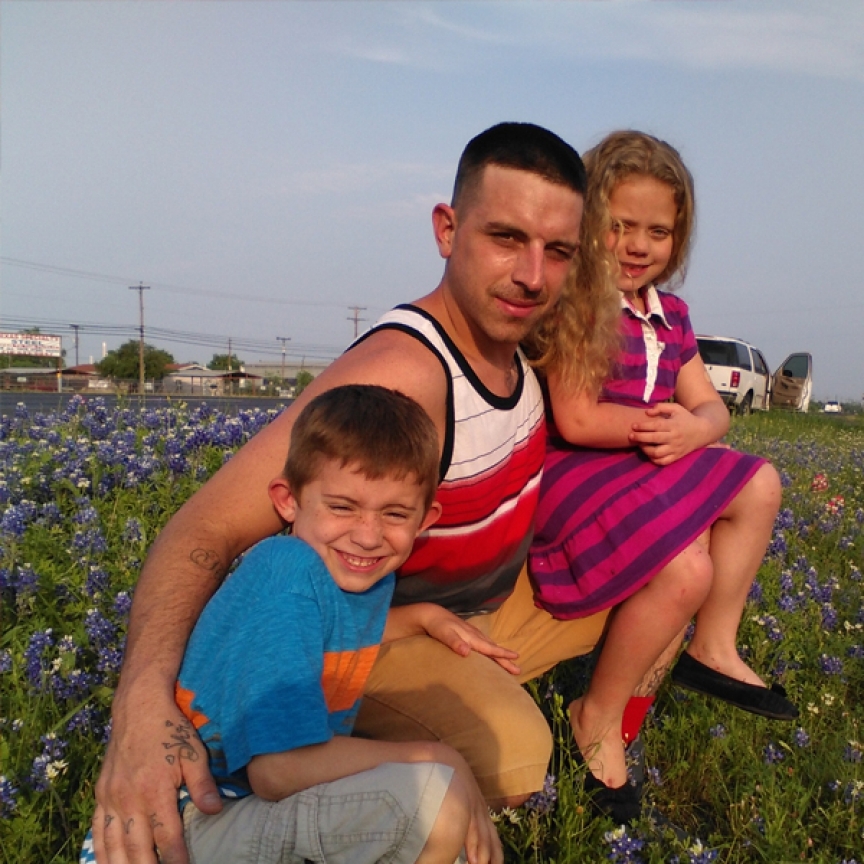 Joey was a very kindhearted person. People from all walks of life loved him. He didn't judge others and had a very forgiving soul. He battled with meth and went to prison in 2012. When he came home in 2013, he came home a changed man. He went to work on the oil rigs and was doing great. Joey wanted to smoke pot, but he couldn't due to testing, so he tried synthetic marijuana called "Klimaxx" and he became very addicted to it and tried and tried to quit. On a warm Sunday afternoon he lay dying in a field with police for over an hour waiting on EMS. He died six minutes after they put him in an ambulance for the 12 minute ride to the hospital. I told the officers with him that if my son had found them laying in a field he would have picked them up and carried them to the hospital. Joey had three children, only one of which was he the biological father. But to see him with them you would never know which one. His heart was true, pure, and honest. There were so many people who came to his service and the show of respect was overwhelming. He is so very missed by so many and especially his kids. He was my first born, my only son. He was my friend, my son, my rock, and a mother could not ask for more. He had his moments and his troubles but he was always Joey, and forever will we love and miss you so much son.

Submitted by: tina pihota To edit this memorial, please contact us at info@shatterproof.org or 800-597-2557.