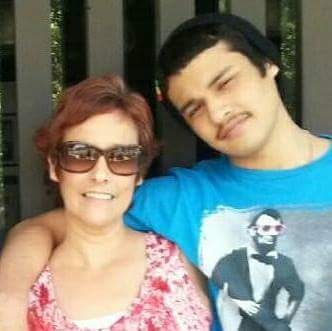 On August 19, 2014, I lost my 19-year-old son, Michael, to an accidental overdose of OxyContin—medication prescribed to my father, who he was living with at the time. He was just "experimenting" and stole the pills thinking they couldn't be "that" bad since they were prescribed to his Grandpa.

My son died that night playing Xbox at his Grandpa's. He didn't fit any particular stereotype. Most of our lost children don't.

At the time of his death, he had just quit smoking pot because he was getting ready to join the Marines. He had just finished his first semester of college and was so excited to follow in his Grandpa's footsteps by joining the Marines.

Since his death, I have felt that I had to use his story to try to help others, but I couldn't do it until I got sober myself. I couldn't even remember the last time I had actually not used alcohol to avoid my emotions, but it wasn't strong enough to numb the pain from losing my beautiful boy. So, 9 months later, on June 1, 2015, I got sober and I now have over 1 year in recovery.

My sobriety won't bring Michael back, but I hope it lets others know that even at my lowest of low, the loss of my baby, I was able to get sober. If I can do it, one day at a time, I hope that I can show others that they can too.