Sister Hazel Is Ready to Save Lives

With their new song, “You Won’t See Me Again,” iconic band Sister Hazel is on a mission to shatter the stigma surrounding alcohol addiction.

For the past 25 years, the alternative rock band Sister Hazel has been making hit songs, releasing platinum albums, and enjoying a huge, loyal fan base. Records like the 90s smash “All For You” and “Happy” are feel-good songs still on heavy rotation for many radio stations today. But their latest song, “You Won’t See Me Again,” from their new EP Water, is quite different from the quintet’s usual upbeat jams. 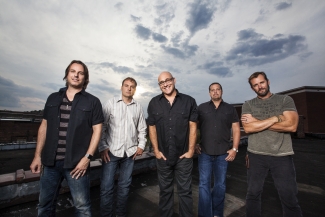 The emotional record explores alcohol addiction and the pain that comes with it. “You Won’t See Me Again” hits home for band member and guitarist Drew Copeland, who wrote the track alongside songwriter Neil Carpenter while watching his brother-in-law suffer with alcohol use disorder. “I wrote the song in the midst of his battle. It was extremely tough,” says Copeland. “It was something that I’d been touched with personally for a number of years. The day I wrote it, I hadn’t planned on sitting down and writing that type of song, but as it unfolded, it became something very powerful.”

When Sister Hazel got into the studio to record the song, the intense and emotional delivery by lead vocalist Ken Block, who has been in recovery for alcohol and drug addiction for 15 years, made the song even more significant and more moving for the band.

Copeland eventually lost his brother-in-law to alcohol addiction and says it impacts his family daily. “The aftershock and the ripples that it creates extend way past that person dying. It continues on. My niece and nephew deal with losing him every day of their lives,” Copeland expressed. “It’s such a brutal disease and it’s something a lot of people find shame in. But we really should be trying to help these people. We should be reaching out and helping them find a cure to addiction.” 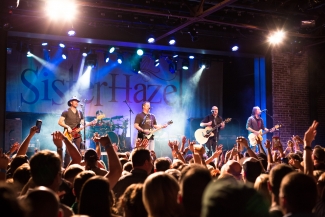 That’s why the band has partnered with Shatterproof to increase alcohol awareness and remove the stigma associated with alcohol use disorder. “On our own, we could only do so much, we could only reach so many people,” says Copeland. “It was important for us to partner up with someone who understands addiction and already had their legs underneath them in helping fight issues like this. So it was a no-brainer for the band to partner with Shatterproof to continue to draw attention to such a worthy cause and have a bigger voice because of the collective effort.”

Since the release of “You Won’t See Me Again,” Sister Hazel has received only positive feedback from their fan base, many of which have since admitted to the band that either they or a family member have dealt with some form of addiction. Having the fans come forward about their issues with substance use and also thank Sister Hazel for the song has been therapeutic for the band members. The group is committed to making a difference in the lives of those dealing with addiction, especially since the stigma of the disease is the reason so many lives are lost. 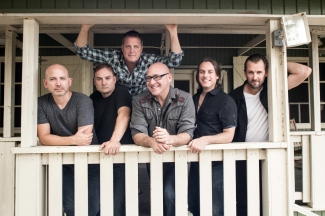 “There has been so much shame wrapped around this disease and people are hesitant to come out and talk about. Addiction can happen to anyone. It does not discriminate and people should not feel alone in this,” Copeland says. “No matter their walk of life, and no matter what stage they’re in with their addiction—whether they’re in the middle of it or heading toward it. We just need to come together and do the best we can to help defeat this disease.”

Sister Hazel wants to hear from you! Share your story of how addiction has affected your life.