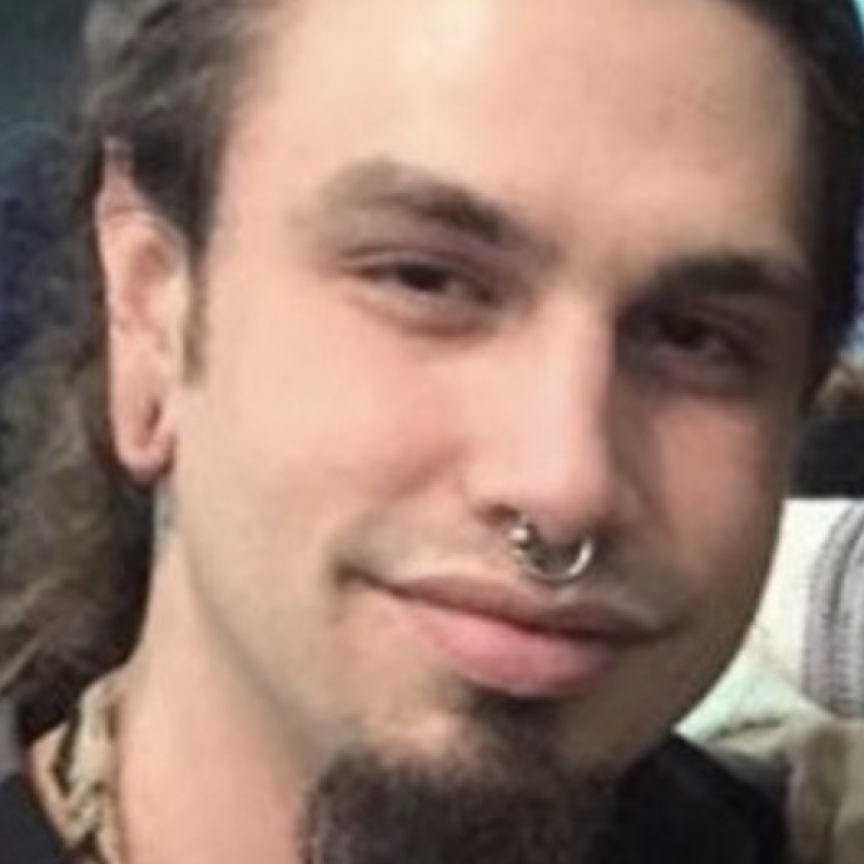 How can one measure sin? If you're a believer, you know God says that all sin is equal. But if you're not a believer, the same question still stands. If you ever drank a sip of alcohol, you know that it could end in death. You know that alcoholics and drunk drivers begin at "just one sip." The wage of sin is death, no matter what the sin is. I start off this way because I think when people hear that someone dies of a drug overdose, they lose sympathy immediately. Immediately they are put in a category of loser, trash, or sinner, and quickly forgotten as son, brother, family member, and friend. You forget someone loves this person with the deepest parts of their heart, and my cousin was loved that way. He was funny. He was smart. He was talented. And he was a masterpiece of God. We all are, no matter what wrong choices we've made.
My wrong choices in life are equal to all the wrong choices my cousin made. Unfortunately, his wrong choices have led him to a death that is sooner then mine. But he is loved the same by his family and by the one who created him.

My cousin "Little Ricky", as I called him, was first introduced to me at the start of his heartbeat in my aunt's belly. She was pregnant the same time my mom was with my baby sister. The doctor gave my aunt this little machine she could take home with this jelly like substance that she could rub on her belly and then put it on her stomach and you could hear Ricky's heartbeat. My aunt was so excited she came to my mom's house with it and we spent the night listening to the heartbeat of my sister and my cousin. It's a memory I'll never forget at just 6 years old. Then both my sister and Ricky were born and they were buds. We used to have parties and Ricky would run around with this silly personality that was larger then life. But Ricky learned at a very young age that life wasn't all rainbows and butterflies when his older half brother he looked up to, Bobby, struggled with addiction and eventually passed. I think that, mixed with the neighborhood he lived in, caused life to go in a direction that no one wanted for him. We all know the saying "show me your friends and I'll show you your future" or "you are the company you keep." Even though Ricky came from a loving family, the friends that his school and neighborhood offered weren't going to be lawyers or doctors, maybe blue collar kids and that's at best. And after knowing his brother's story and losing him, I think he began to believe that "this was life." Could I be wrong in some ways? Sure. But I'll be willing to bet it all had something to do with it in the end.

Moving on to his life lived. He loved his parents dearly, even though they were tortured by his lifestyle. The real Ricky would have done anything for them. He had a huge desire to love a woman but with the drugs he wasn't ever the man he could have been to them, I'm sure. He was loved hard by his family and shown tons of affection and I know he turned around and gave that same affection to his girlfriends. He had lots of friends, although many of them struggled with a similar set of demons. He loved them and they loved him. And then lastly, his family. His grandparents, aunts, uncles, and cousins. We loved him and he loved us. At our last Christmas party with him, he was doing well again and we all felt like we had "Little Ricky" back. That's what we all called him. He was so proud that we were his family and showed an enormous amount of love to each of us that day. He went home and made our "traditional family Christmas picture" his Facebook profile picture for months! That still makes my heart happy now.

In the last months of his life, he was actually "different." We heard he was clean in the past but all those times came and went quickly. This time he was actually trying and trying hard. He was up early doing things for the community and was interested in making the world a better place. He had new friends and a new girlfriend and began to build a deeper and more loving relationship with his parents.
He had a desire to be better. And that's what led him to a place that one's parents could only dream about. But as we know the story doesn't end in a complete turn around, hence the reason I write.

I myself have a relationship with Jesus and my struggle and grief mostly came wondering if he ever made the decision to believe in God. I know if he, at any point, made this decision it's what would carry him "home." It wasn't until a few days after his passing that I saw a post on Facebook that piqued my interested. Someone wrote "Jesus wept and now I know why" and it was a picture of my cousin. I looked deeper into it only to see that my mentor from church was friends with the woman who posted it. I immediately messaged my mentor asking who the woman was and how she knew her. She told me that the woman is a Christian who works with addicts and does service projects with them. Then my mentor realized who my cousin was and said, "I know him! He was doing so good and everyone loved him. He is safe now and in the arms of Jesus. I have faith he is healed so celebrate his healing. He doesn't have to fight anymore."

If I could only explain to you the relief I felt in that moment. Although Ricky didn't make it as long as we had hoped in this world, I believe he made it to the only home that matters. I later found out that before he died, he acknowledged his faith and said things like "I'm finally becoming who God planned for me to be." As much as we wish he would have continued a long life on this earth for our own selfish reasons, he struggled again and passed away on April 1, 2017. But one thing I know to be true is that God is a good father. It's who he is. And we are loved by him, it's who we are to him. I'm sure He didn't want Ricky or those around him to suffer any longer. I know there is a bigger picture that only God can see. I'm rejoicing for my cousin. He is in the place I long to be. He is with the one I love the most. He is with our Good Father and at the only destination that I care to arrive.

You're home Little Ricky. One day I'll see you. But til then, I'll remember your great big smile and your trademark words "I love you cuz."

Submitted by: Jill Rohrbaugh To edit this memorial, please contact us at info@shatterproof.org or 800-597-2557.