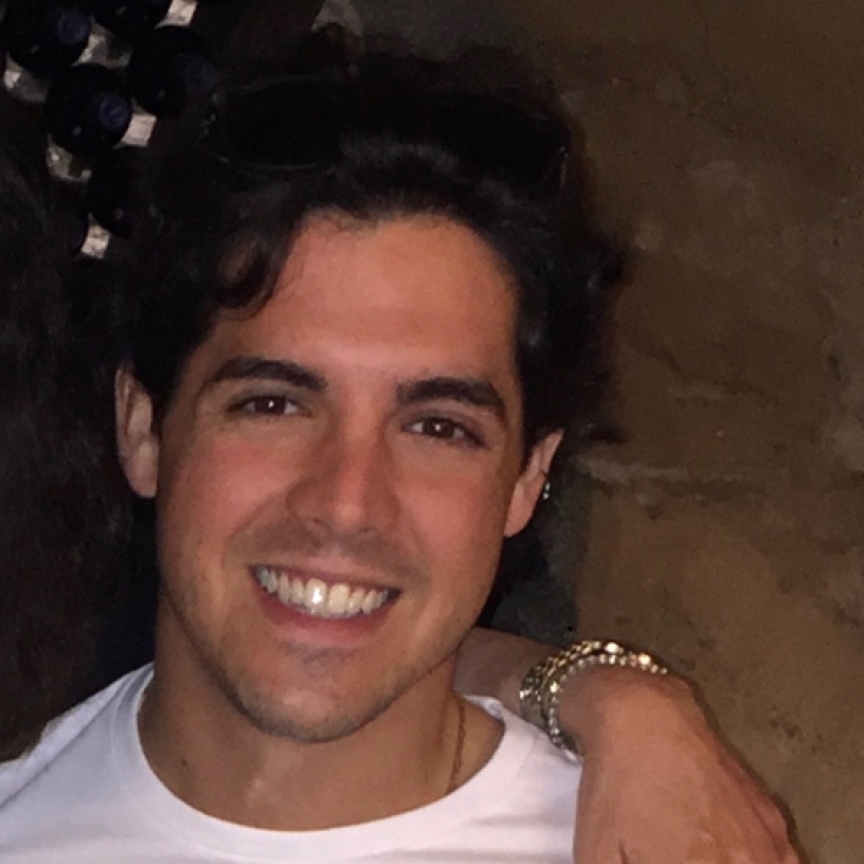 Anthony’s opiate addiction started the typical way....as pills, and eventually advanced to heroin.  He was a college graduate, and started with pills towards the end of school.  The two years after college were the worst...that is when his addiction reared it’s ugly head. The disease of addiction has been described as “cunning, baffling, powerful, and insidious. “  No truer statement exists. Anthony struggled during those two years, and then made a decision to finally get clean in 2014, after several relapses.

He rebuilt his life after rehab. He took up golf, and became obsessed with the game. It suited his fiercely competitive nature. He reconnected with his best friends that he had thought he lost forever. That made him so happy.  He loved the friends he grew up with.  He joined NA and was lucky enough to get an amazing sponsor and make some fantastic new friends too.  He met a wonderful girl, and fell in love. His life was falling into place, and seemed good.

Anthony worked very hard on his sobriety every day. It was not easy, and he had his struggles. Addiction is a burden, and each day you have to fight your demons. He went to meetings 4-5 times a week, spoke at meetings, drove others to meetings, chaired the meetings, had commitments at the meetings. Anthony was completely immersed. He had a corporate job and a beautiful girlfriend he loved with all his heart. He and Caily were planning to marry.  Anthony gave his time to anyone struggling from addiction.  He was extremely generous...especially with his time.  He literally did give people the clothes off his back!  He was truly amazing!

Anthony enjoyed life while he was sober. He took vacations, played golf, went to many movies and concerts, and especially enjoyed gatherings with friends and family.  He made plans for the future.  Anthony was kind and warm, unbelievably witty, and could speak with anyone on any subject.  He was always very curious, and constantly reading and looking up information. To say he was knowledgeable is an understatement.  Anthony loved sports...especially the Green Bay Packers and college basketball. He also loved all types of music, and went to dozens of concerts. His favorite band was Dave Matthews Band....something he shared with many of his friends.  Anthony was an amazing brother to his beautiful sister Kristen. He teased her incessantly, but loved her to pieces, and would do anything for her. Anthony will always be remembered by his friends and family as the funny, silly guy with the magnetic personality who lit up the room.  He is loved and missed beyond all imagination by so many.

In the end, when things were taking a downward turn for him in his life, he didn’t have the strength to fight his inner demons.  He wanted to numb the unbearable pain he was feeling inside. He relapsed and was gone because of fentanyl laced heroin. This horrendous disease is taking our loved ones from us. Lives are cut too short. Plans for the future will never be realized for so many.  It has to stop. I know that my life will never be the same...there is a hole in my heart that will never heal. Rest In Peace my beautiful Anthony.  I will love you and miss you forever. Mom

Submitted by: Andrea F Milea To edit this memorial, please contact us at info@shatterproof.org or 800-597-2557.