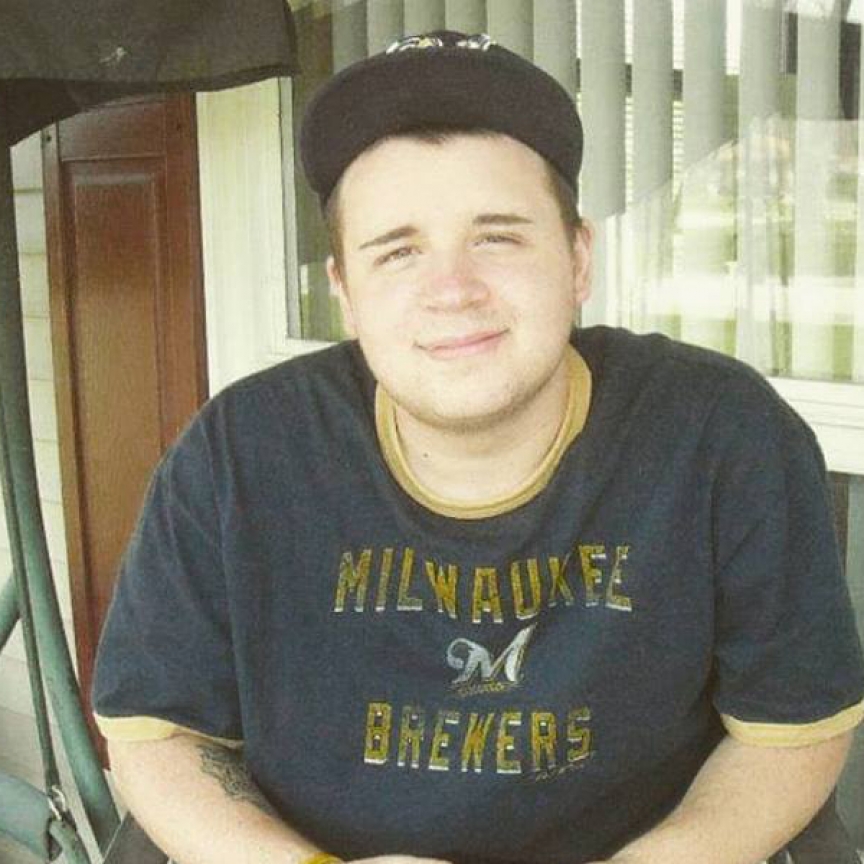 There were two different brothers I knew, one before addiction and the one after. Before his addiction, he was a funny, athletic guy that loved hanging with his friends and family. After addiction, he was moody and not present. These drugs took him over so fast I can't really pinpoint when this all started for him. He was a very private person who didn't share a lot. We had to almost pry it out of him. My sister could get things out of him sometimes but it took awhile so we do not know for sure when he started using. All I know is it was fast and then it was over. He could never admit he had a problem but all of his problems were caused by the addiction to Xanax and Oxycontin. He never got treatment for his addiction because in his head he didn't have a problem. He felt things so hard I think that's what drew him to those drugs. He unfortunately lost his short battle on 1/20/13 at a friends house. They found him in the basement, he died in his sleep after his friend went to bed upstairs. I wish they had found him sooner to either save his life or donate his organs so he could have lived in some way. He had so many friends and family that cared for him. I think what I miss most is the little things like what he would be doing right now and when I would call him he wouldn't say anything he would breath into the phone, which always made me laugh. I will never forget you little brother. I hope you found peace finally.

Submitted by: Jessica Draheim To edit this memorial, please contact us at info@shatterproof.org or 800-597-2557.