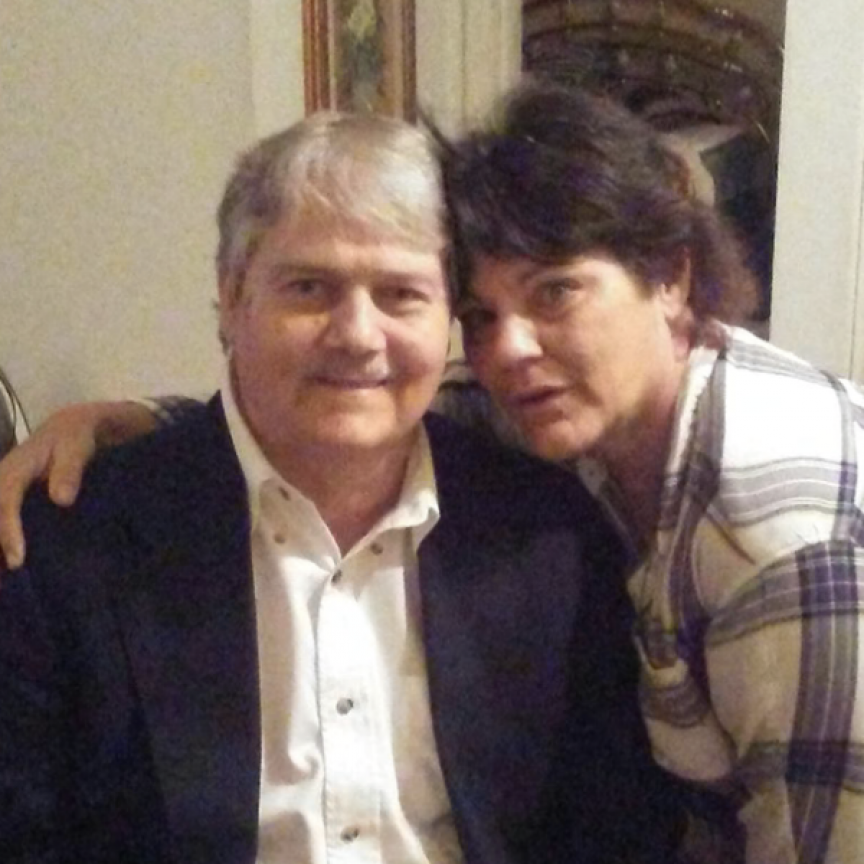 Born Bridget Fay Broadway she was always a fun loving happy child. She fell in love at 15, got pregnant, and married the man she loved. At 17, she was told her son had multiple birth defects. At 19, she was widowed when husband killed himself. She battled addiction and mental illness ( bipolar-suicidal-borderline personally disorder and addictive personality). After many doctors, she was given an rx to help. She would crash and have to go into the hospital to get stable. At 40, she became a grandmother but could not relate to a normal life and was in trouble over silly stupid behaviors which were part mental, part dependency issues. Never violent--just as cops said, wrong place, wrong time. At 41, her only child was killed in car wreck. Devastated, she went back to drinking but did go rehab 30 days in GA. This seemed to wake her up to life. Went into a mental health assistance and group home. Never adjusted well to restricted living and finally got approved for an apt in 2011. Participated in mental health programs but still had a hard time coping with life. Lived alone 5 years but supervised by a case worker. Found out she had cirrhosis in 2016. Health declined rapidly and she had back issues and also a knee replacement- neck bone surgery and a lot of pain. She was in a pain clinic, where she had be tested for drugs last year when they refused to see her due to bad test results. Was to go back for shots in her spine - steroid- to reduce pain and get OxyContin that they had been giving her over a year. She did have appt for shots which would help pain. She decided 02-09-17 to get “thrashed” and took all her kalonopin, drank 2 beers to a pain pill. Dropped dead after 12:30 am in apt. Took three days to locate her since she was supposed to go to family and never showed (was not uncommon). She never knew what hit her. Only took 20 minutes to go to brain and completely shut down breathing. Found her where she hit floor and she never moved.

Submitted by: Dinah Weldon To edit this memorial, please contact us at info@shatterproof.org or 800-597-2557.