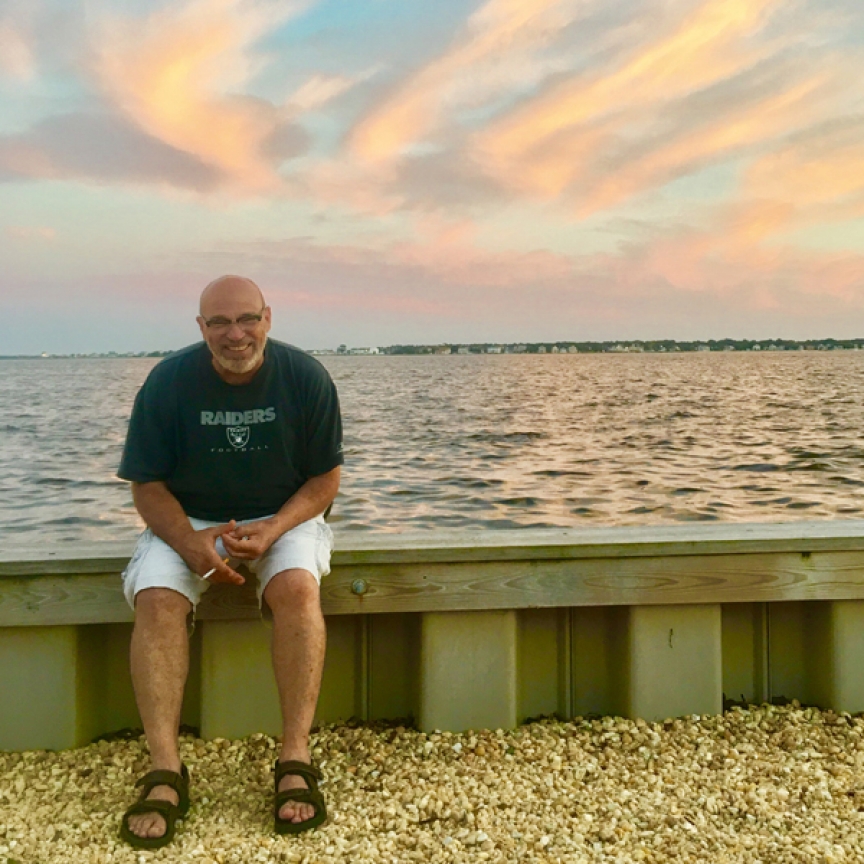 Bruce Alfred Merkler, 63, passed away on Sunday, January 12, 2020 in Easton, PA, where he resided for the past four years. Born in Plainfield, NJ, Bruce was raised in Westfield by his mother, Marie “Dosie” Sisto Merkler, and his father, Larry Merkler, among many aunts, uncles, and cousins. Bruce graduated from Westfield High School in 1974 and continued higher education classes in construction while living in Phoenix, AZ. Bruce worked in construction his entire career, most notably as a superintendent for commercial construction sites in New Jersey, New York, Arizona, and California, building movie theaters, retail stores, large apartment buildings, schools, and office buildings. A life-long Oakland Raiders fan, Bruce’s tattoo of the Raider emblem showed his pride for his favorite team. Bruce always brought a smile and a laugh to anyone, as he was always ready to crack a joke. He made friends with everybody he met, and those who were lucky to be close with him, knew how much he valued the relationships he built. His generosity will never be forgotten, as you could always look to him for a favor, no matter how big or small. He is survived by a daughter, a sister, a niece, and two nephews, along with his ex-wife and best friend.

Submitted by: Grace Merkler To edit this memorial, please contact us at info@shatterproof.org or 800-597-2557.