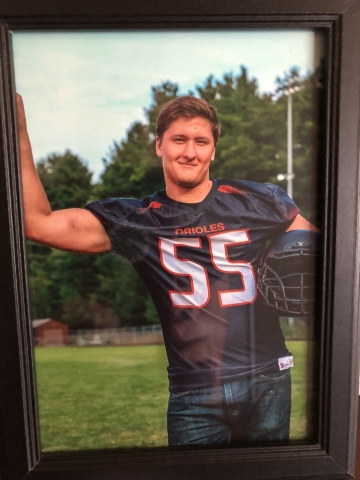 My son died of an overdose on May 27, 2018 - he was just 19 years old. He suffered from anxiety and depression for years, and then the beast of addiction came on the scene and his daily battle was just too much for him. He was a weary soul plagued by this disease and inner turmoil. A poor choice while suffering was his mistake. While some survive many overdose. He had just this one and he died.

Bookmark this
Photo submitted by
sheryl holmes
Tell us about your loved one.

I miss the son that was crushed and overtaken by addiction. I miss his booming voice and all the little things that used to annoy me, like stealing food from the fridge that I was saving for a recipe and leaving his clothes on the floor everywhere and forgetting to take the trash out. I see the empty shelf in the fridge where I used to put his lunch for the next work day and I weep inside. But putting anything else there just feels so wrong. What I miss most are his big bear hugs. He was a 260 lb young man that could wrap his whole arms around me and lift me off the floor. And he'd say, "I love you mom, even though we don't always get along..." It's his whole presence that I miss.