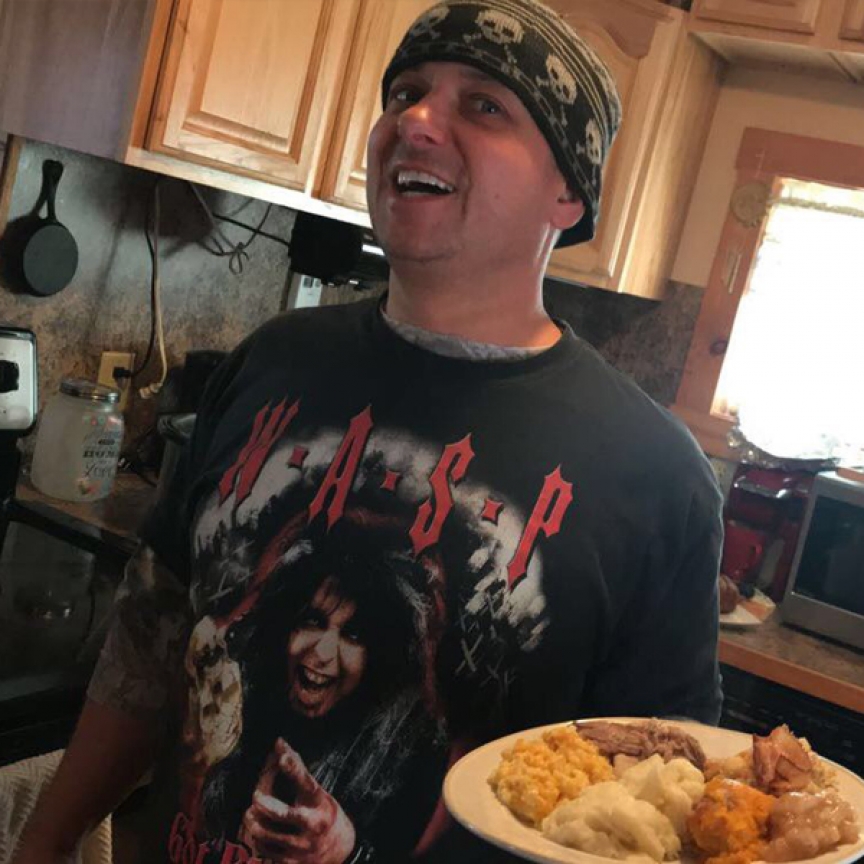 My uncle was there the day I was born and watched me come into this world in 1996. However, 22 years wasn’t enough time to have with him. Five years out of the 22 years of my life he was in prison for drug related charges. With that, I only had 17 years with my Uncle. Case could make anyone smile. Case lived every day to the fullest because a terrible day in the real world was better than where he came from in prison. Case had hobbies in motorcycles, Volkswagens, and 80s hairbands. Case drove a truck for my father, which was his brother. He was known for driving hours on his new motorcycle or car just to show a friend or myself his new ride. Once released from prison, Case was able to get a job working with my dad and become successful in that position. He was given a brand new truck to drive! Every year our family has a reunion in August. This past year, Case was the president and had organized to have chicken made on an open fire. My brother, my dad, and I helped him. After missing numerous reunions from being behind bars, he deserved to be the president for a while. On a Saturday, I texted him and thanked him for getting my sheep skin slippers fixed. Yes, actual sheep skin. He told me his slippers have held up since 2009 and mine should last me a lifetime. Little did we know, I’d never speak to him again. That Monday, my dad drove to my house and told me this news. The worst news of my entire life. My uncle had lost his life to fentanyl. My dad worked with him daily and saw no signs of return to use of drugs. Case and I wrote to eachother when he was in prison. I recently re-read all of the letters and he tells me numerous times that he loves me and never had intentions of hurting anyone. I work in a hospital daily, helping patients return home after serious surgeries, strokes, and other traumatic injuries and I couldn’t help him. Case could make friends with anyone and make anyone laugh. I know Case would want me to keep strong and I am trying my best. 17 years of my life to have with him wasn’t enough for me.
I’ll always love you no matter what choices you have made. Life is full of mistakes. You had nine lives and fully lived all of them. Keep watch over me. Say hello to Anne (Anne is Case and my dads mother that passed away when my dad was 21 and when Case was 19) for me. Tell her all about me and how many traits of her that I possess.

Love you and I’ll see you soon,
Hale- Bug

Submitted by: Haley Koppenhaver To edit this memorial, please contact us at info@shatterproof.org or 800-597-2557.