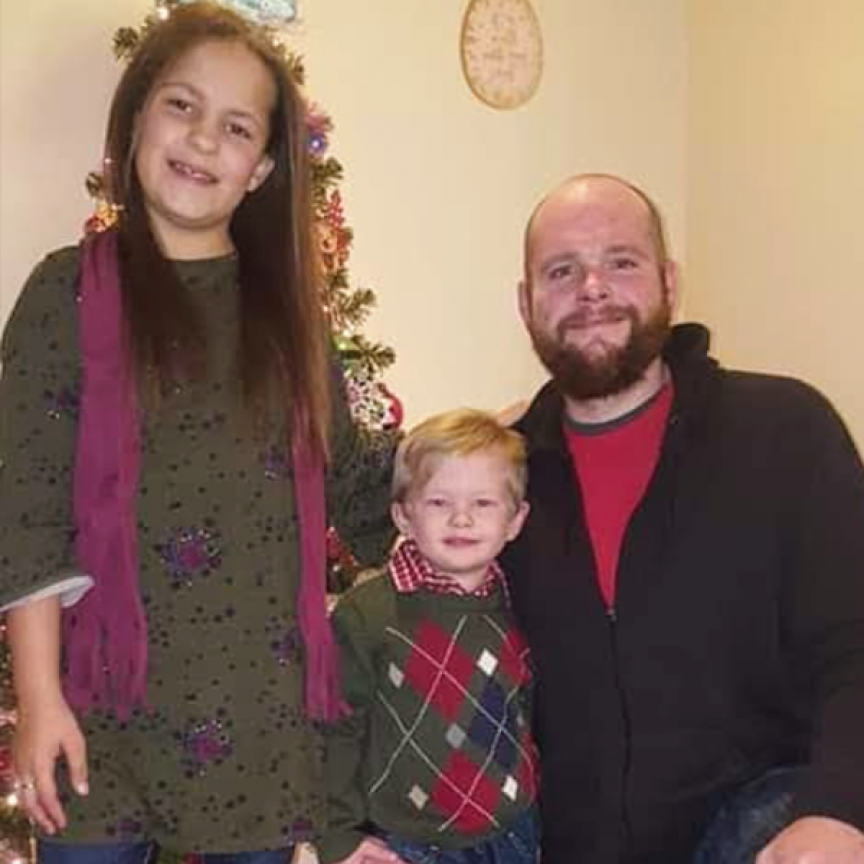 Danny was the type of person that was loved by everyone who crossed paths with him. He never met a stranger. He had the biggest heart, the kindest soul.

One summer Danny and I worked for a party rental company. He was soon banned from working any of the game booths because he just couldn't let a single child walk away without a prize. That was Danny's heart. Danny was the guy who always bought painted rocks from the kids in the neighborhood, and then displayed them proudly on our entertainment stand. He loved people, especially kids. Probably because he was a big kid himself. He was the best father. The absolute best. One year we showed up for our oldest daughter's Christmas party unaware that siblings couldn't attend. Danny took our youngest and hugged our daughter. We assumed he was going home until there was a knock on the classroom window. He stood outside the opened window, and actively participated for the entire 3-hour party while our then 2-year-old played in the grass. He was THE BEST dad.

Danny struggled with addiction for 20 years. He was the bravest, strongest, most determined person I've ever known - but this was the one thing he just couldn't beat.

Danny was the definition of loyal. He was faithfully loyal to his family, his children and to me. He put us first above everything and anything. But heroin often got in his way. Danny didn't want to be an addict. When I met him, all the fun and enjoyment of being high was already long in the past. Danny fought hard against his addiction. I know without a doubt that if he could be here today he would.

Addiction took Danny from his family. It took him from countless people whose lives he touched. Danny was a soul that had more love for others than for himself. He was a soul that was broken. And addiction took notice of that. Addiction saw the voids, the broken pieces and it snaked its way in through the cracks. And once it filled those cracks, like cement it hardened. No matter how hard Danny chiseled away at it, it stuck. Eventually, it spread and consumed the kindest, most loyal, most amazing person I've ever met.

Someone said to me in the days following Danny's death, "I just hate it when addiction wins." I resent that statement. Addiction didn't win. It can't. I won't allow it. I will fight this disease until my last breath. I will share Danny's story. I will reach out to others the way Danny did. I will carry on his love, his kindness. I will carry on his fight. Because the only way it truly wins is when we surrender the fight.

Submitted by: Crystal Witten To edit this memorial, please contact us at info@shatterproof.org or 800-597-2557.