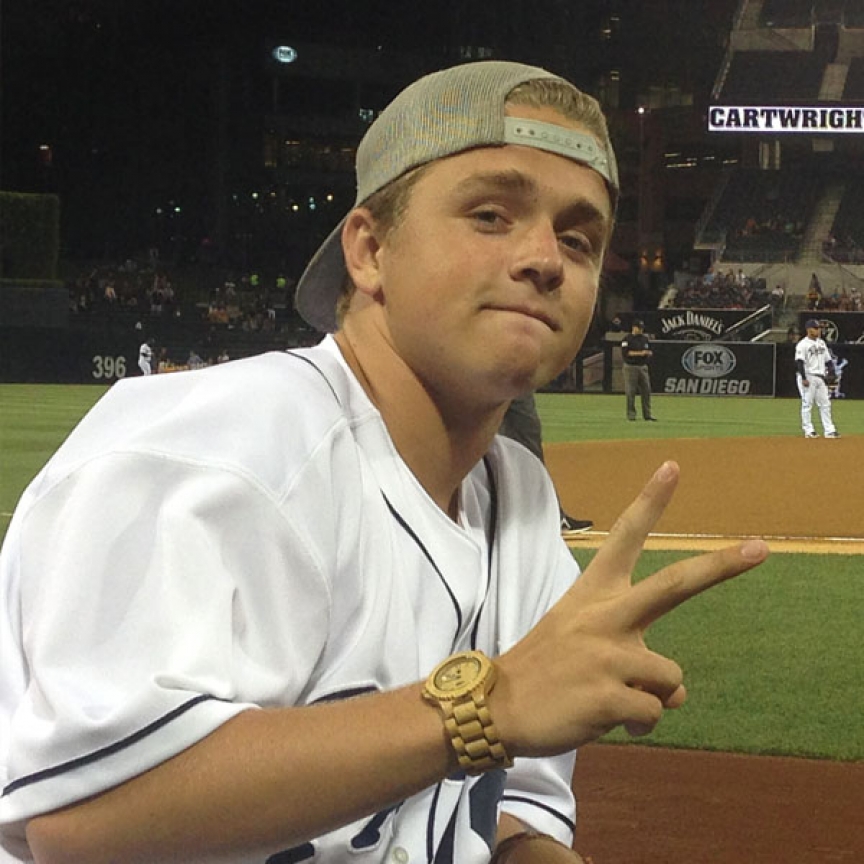 Erik was an old soul and he was kind, had a beautiful spirit, was smart, handsome, talented, and very creative. He could talk to anyone, he was engaging and could be very charming. Kids loved him and he was always kind to those less fortunate than he was. He loved animals and considered himself a “Crazy Cat Person” but really had dogs all his life!?! He was a very creative writer and turned many of his writings into versions of rap songs. Baseball was his thing and he could give you every stat from the early beginnings of baseball to current players. But he really was an avid sports fan in general. Boy was he a Tom Brady fan but we won't hold that against him, hahaha. He played Little League Baseball, Pop Warner Football, All-Stars, and Travel Ball until High School, and then he played Freshman and Junior Baseball and Football. He did MMA and bodybuilding for a bit of time too. Not only did he participate in sports but he went to hundreds of MLB games, countless NFL games, Strikeforce, Bellator, Glory, UFC, WCK events. Supercross, Monster Truck, and Nitro Circus events. San Diego Comic-Con, college Bowl games! He traveled to Canada, New York, Florida, Colorado, Philadelphia, Hawaii, Arizona, Las Vegas. He has also held down a job since he was 16 at a few different spots and we were very proud of his work ethic. Went in on his days off and worked anytime time they needed him. He had a great life, great friends, nice girlfriends, and a family that loved him no matter what! Sadly the start of his demise was an injury in H.S. and he was prescribed Oxycodone. It took a few years before it was visibly noticeable that there was an issue but now being 19 we could not force him into rehab or get him to admit he had a problem. At that point, he started to slowly progress to heroin and cocaine and finally adding fentanyl into the mix. Things were looking up and we got him to go into rehab but on day 86, on June 5th, 2020 he left, and 1 week later, on June 12th,2020, he died from an overdose.

WHAT I MISS MOST ABOUT MY SON IS EVERYTHING!!!

Submitted by: Karrie Gonzales To edit this memorial, please contact us at info@shatterproof.org or 800-597-2557.