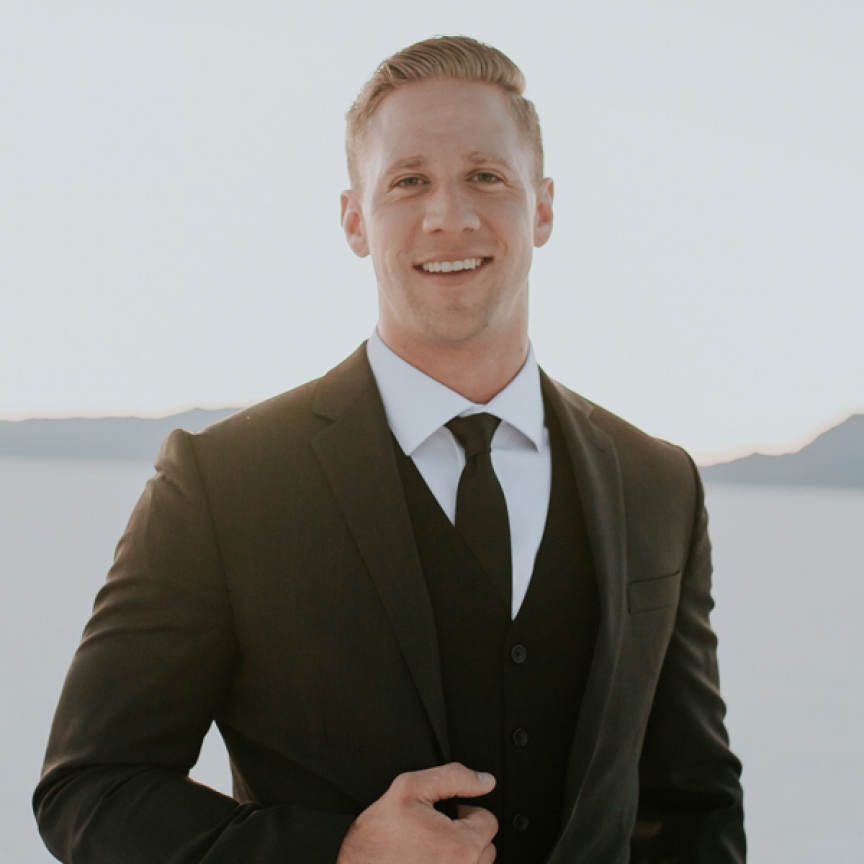 The saying that “only the good die young” was reaffirmed on May 22, 2020, when Gardner Paxon Westgate, age 31, found eternal peace as he returned to a better place. Gardner was born in Columbia, Missouri, on August 2, 1988, to Pamela Walker Knight and Dr. Steven Judson Westgate as the fifth of six children. He attended Bingham High School in South Jordan, Utah, where he caused mischief and developed life-long friendships. Gardner made a career in marketing with AvTech Capital and ran his own business on the side.

Gardner’s smile and optimism were infectious. He radiated joy that could positively alter the mood in any room. He was kind, loving, and generous. Before someone could finish asking Gardner for a favor, he had already raced out the door to help. These characteristics allowed Gardner to make friends with people from all walks of life. He had an uplifting presence on social media that inspired many and drew him and his wife, Jordan, together. They were married at Snowbasin Resort in March 2017 and welcomed their baby girl, Ariya, into the world the following year.

From the moment she was born, Ariya was the light of Gardner’s life. He doted on Ariya day and night and never hesitated to help care for her. Gardner enjoyed hiking, swimming, walking, playing, reading, and laughing with Ariya. She has a smile and laugh reserved only for him. Ariya is a daddy’s girl through and through.

Gardner had wanderlust. During the last four-and-a-half years of his life, he traveled to 10 countries and 22 states. He and Jordan celebrated Mardi Gras in New Orleans, rang in the new year in Las Vegas, kissed in front of the Eiffel Tower, gazed at Big Ben from the London Eye, admired the Acropolis of Athens and the Roman Colosseum, experienced spring break on South Beach, and cheered on their opposing football teams—the Eagles and Seahawks—in Seattle. They spent countless hours on road trips talking, laughing, and driving across the country together. They packed a lifetime of adventure into a few short years.

Gardner was an audacious thrill seeker. If an activity was dangerous or adrenaline inducing, he was not only interested, he had probably already tried it. For him, the speed limit was merely a suggestion—he enjoyed driving fast on his bullet bike or in his Subaru WRX. He loved “bombing down hills” on his snowboard or longboard and climbing up rocks. Gardner fearlessly jumped off cliffs or out of airplanes. He was bold.

Gardner was hilarious. He enjoyed scouring the Internet for funny memes, GIFs, and videos and would often tell inappropriate jokes that could leave you either cringing or gasping for breath from laughter. He was intelligent, creative, and talented. Gardner was a guitarist and an accomplished artist who could draw breathtaking portraits. He taught himself search engine optimization and made a career out of that skill. He could do anything he set his mind to.

For Gardner, “carpe diem” was not simply an aspiration, it was a way of life. He marveled at the beauty of the sunrise and noticed life’s glorious, minute details that are often overlooked by others. He embraced each day as if it were his last. His story will be an inspiration and lesson to all those lucky enough to know him. Gardner will forever exist peacefully in the special “golden hour” that warms the earth as the sun begins to set.

Submitted by: Jordan Westgate To edit this memorial, please contact us at info@shatterproof.org or 800-597-2557.