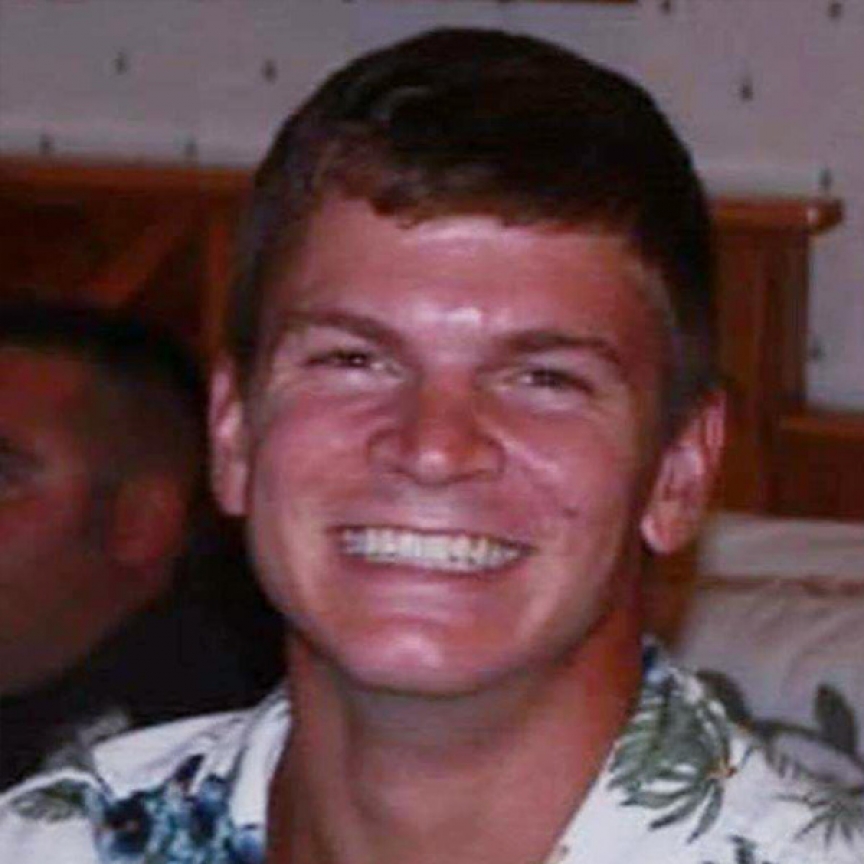 Those who knew Ross, even just a little, lost a shining light in their life.

Ross had an infectious smile that would light up a room, fun loving energy and a deeply optimistic outlook on life. At a very early age Ross adopted the Saint Louis Blues, Kansas City Chiefs and the Saint Louis Cardinals as his teams. He had a genuine and passionate love for playing hockey and disc golf, and he spent 14 years of his life playing on competitive teams. Ross found joy in nature, he loved to hike, camp, tube and collect rocks and crystals. Ross was a graduate of Cy-Fair High School in Cypress, TX class of 2011. His favorite saying when asked what he had been up to or how he was doing was always “living the dream."

Ross was handsome, outgoing, compassionate, and he had an infectious smile that lit up a room. He had the patience for everything and would do anything for anyone who asked. We lived the typical American middle-class life growing up, two parents, 3 siblings a home raised on faith and all the love any child could ask for. But as everyone should know, addiction does not discriminate, it does not have a description and criteria as to who can fall victim. Addiction it is like a tornado as it touches down: it affects everything in its path, a violent whirlwind of pain, guilt, shame, and fear, leaving wreckage all around, fleecing anyone in the path. A tornado touched down in our family in 2015 and little did we know it would go on to impact our family for the rest of our lives.

Ross played competitive hockey for 12 years, not only did he love the sport, he excelled at it. He had injured his back as a teenager during a game one night, healed, and went on with his life. Ross began working for my grandfather’s brick laying company in Kansas City, Missouri, after college and the long hours of labor, bending over, lifting, and moving bricks began to irritate his once injured back. He went to see a doctor who recommend fusing S1-L5 of his spine together. At the age of 22, this was not the ideal route to go, but the pain began to disrupt his everyday life, the pain was becoming a constant irritation. After discussing his other options, the doctor proceeded with pain management by prescribing the opioid Oxycontin. 3 years later, Ross moved back to Houston, he was struggling. He masked it so well, it was not until almost a year later that the reality of what he was going through came to light. This doctor was still prescribing Ross 17 Oxy’s a day, each month, and was not even seeing him in person. ‘Friends’ would go pick up the prescription and mail it to him from Kansas City, but, not without a cost of course. They began making him pay and then would take half, if not over half of them, before sending it down to Houston.

Did you know that ONE Oxycontin on the street costs $30 and a bag of Heroin cost $15-$20? This is the reason those that struggle with addiction from an opioid prescription end up using heroin, it is cheaper and easier to access. Ross was sold straight fentanyl on April 29th, 2020 and we lost Ross to addiction on April 30th, 2020. We have a small amount of justice for Ross, the dealer was arrested on Federal charges for distribution of illegal substances causing death, 4 other deaths around the same time were also tied to this man.

Stigma tells us that those who struggle with addiction don’t really try. “Why can’t they just say no?” stigma says. Please know that stigma lies. Glancing back now, I realize that stigma kept our family in silence. It told Ross he should be ashamed and disgraced. It told our family to stay quiet for fear of judgment. People focus on the addiction, not the person. What a lie, because addiction is such a small part of who they are. The one thing addiction could not take from Ross is how much he loved us and how much we loved him.

Not one day has gone by that I do not ache, I could never put into words how much I miss him, I would give anything for one more minute, one more hug, one more laugh. This loss has been unimaginable. There are still days I feel like it cannot be real, but I have found that the best way to rebuild our lives after this tornado is to help others. I want to make a difference for other families, be the voice for those we have lost to this disease and the light for those searching for support. Ross always searched for his purpose; I know now that his purpose lives on in me, I am meant to be a voice, an advocate, an ambassador in raising awareness. Life always brings you where you are meant to be.

Together we must find a way to make this path easier to travel. Families need resources, support, and the power to break down the barriers of stigma. I am proud to be Ross’ voice.

Since I lost my brother to an accidental overdose of fentanyl, 2 things have remained constant:
1. I still love my little brother
2. I still HATE the drugs that took him.

I will always be your voice Ross; I will never stop fighting and advocating for change.

I love you Ross.

Submitted by: Katherine King To edit this memorial, please contact us at info@shatterproof.org or 800-597-2557.