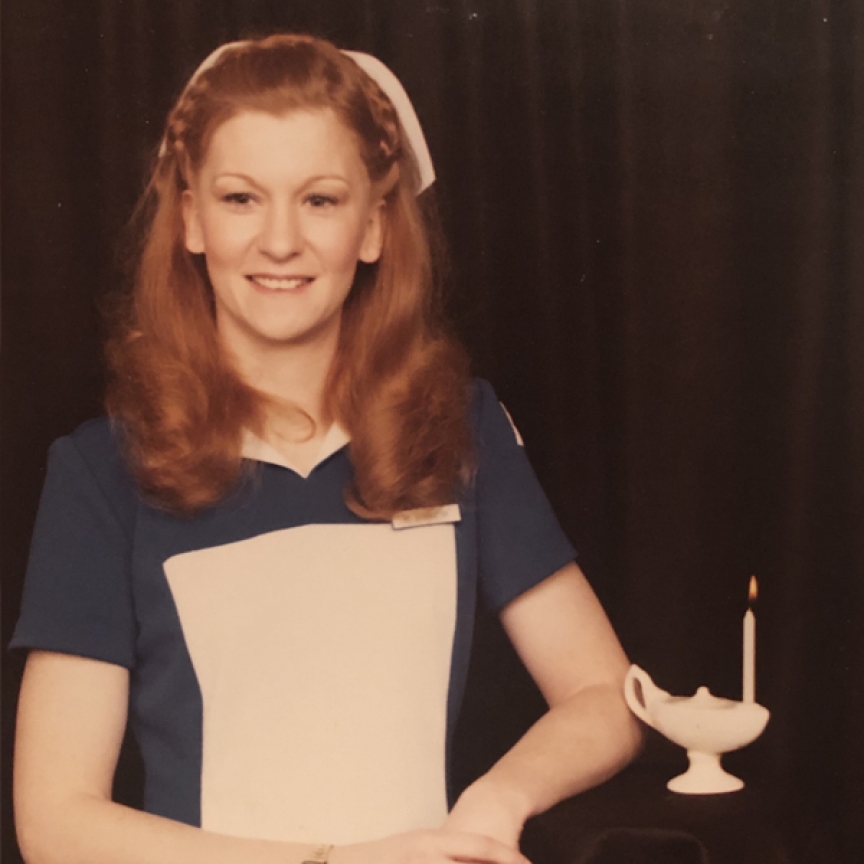 Jacqueline “Jackie” Bodiford, a resident of Northport, Alabama, passed away on August 26, 2019. She was a 1970 graduate of Winfield High School in Winfield, Alabama, and a 1983 graduate of the Bryan School of Nursing in Lincoln, Nebraska. She was a Sky Med flight nurse for the University of Nebraska Medical Center for just under a decade. Her career in nursing also called her to work with psychiatric patients, premature babies in the neonatal intensive care unit (NICU), and in the Emergency Department. Jackie followed her roots back to Alabama in 2009 where she resided until her death. She was a talented medical professional and an ardent animal lover.

Picture: Jackie's graduation photo from Bryan School of Nursing; a proud and defining moment in her life, not her addiction.

Submitted by: Kristyna Engdahl To edit this memorial, please contact us at info@shatterproof.org or 800-597-2557.