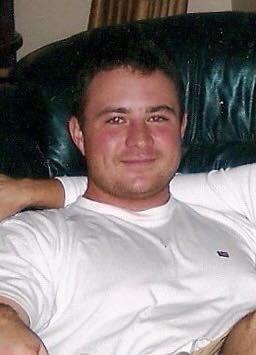 Jacob loved life! He was an avid sports fan, adventurous and intelligent and enjoyed traveling. He was a caring and loving soul. His beautiful eyes could read the hearts of everyone around him. His friends were treasured and he defended those that needed him. Jacob is always in my heart and forever the love of my life. ~ Mom

Bookmark this
Photo submitted by
Becky Perkovich
Tell us about your loved one.

Jacob was a Navy veteran. He was knowledgable about nutrition and physical health/body building.
He loved spending time with family at the holidays and cherished his friends. Growing up an only child, he never thought he would be an uncle. Nine months before he passed he met his half brother and sister for the first time and learned he was an uncle of 3. He proudly returned to on-line college classes in 2011.

Tell us about Jacob's struggle with addiction

Jacob's drug of choice ended with heroin...he began drinking in high school with his buddies. I though he would "grow out of it". College led to more and more parties and drug use. After flunking out 2 times he chose to enlist in the military. His Navy time included prescription pain meds for his back. After fulfilling his initial 2 years of service, he returned home and began using again. After delinquent monthly military weekends, the Navy served him a "general" discharge. For approx. 2-3 years following the discharge, Jacobs addiction spiraled - he was in/out of rehab 4 times. He lived in a halfway house for a short time prior to living in an apartment and working a full time job for a fitness company, then college prior to his passing. Jacob never worked a recovery plan for very long.

What made Jacob smile?

What do you miss most about Jacob?

I miss his unconditional love for everyone - he did not judge and I continue to learn from that philosophy today, but mostly I miss everything about him - my only child.