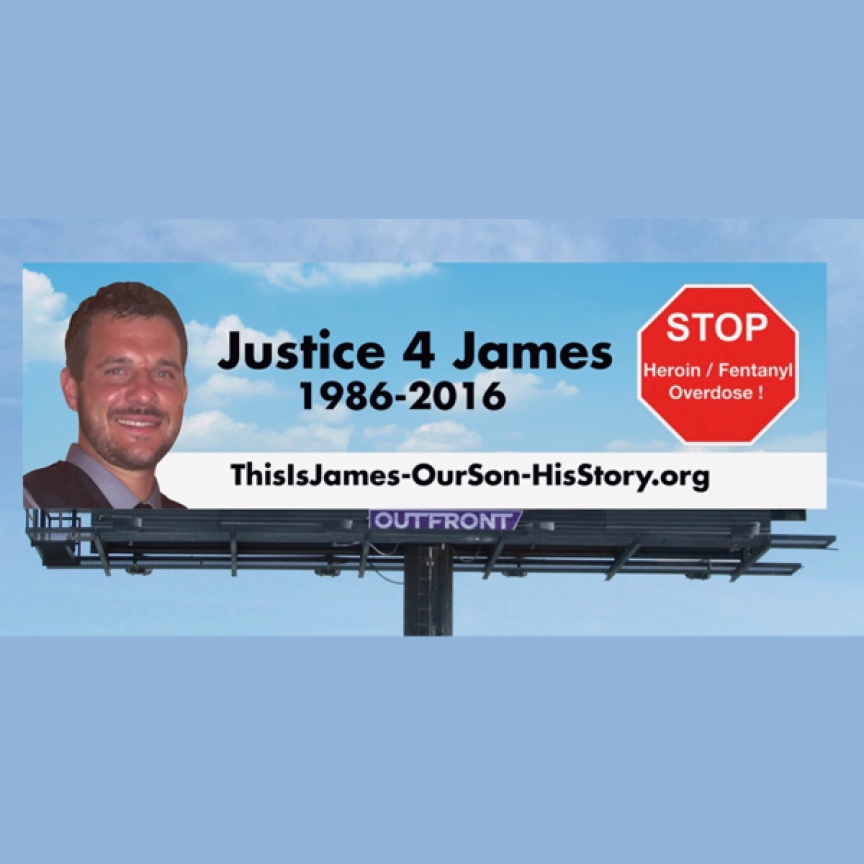 James was full of life. Living life large in the fast lane. He loved sports, most of all moto-cross. He was a father to 3 beautiful children. James was involved in a motorcycle accident, and the doctor prescribed him OxyContin. He soon became addicted and turned to heroin ... his worst nightmare. It took over his mind, body, and soul. He went into several rehabs and relapsed over and over (a symptom of the disease). He was on the Vivitrol shot which seemed to really help, but it wore off in 25 days and couldn't get the shot until day 30... He relapsed within that 5 day period. James was poisoned with fentanyl and became unconscious at the wheel and smashed into an abandoned house. His truck and house caught on fire! His 10-year-old son was in the back seat who miraculously survived by jumping out and running out of the burning flames. Thanks be to GOD. Addiction is a family disease Affecting everyone. There is not a day that goes by that we don't think about him. We miss him more each day. Our faith in God has given us strength and support to get us through this horrific tragedy. We will never give up the fight! We never gave up on James. Knowing we will see him in Heaven gives us peace.

Submitted by: Sandra Groth To edit this memorial, please contact us at info@shatterproof.org or 800-597-2557.