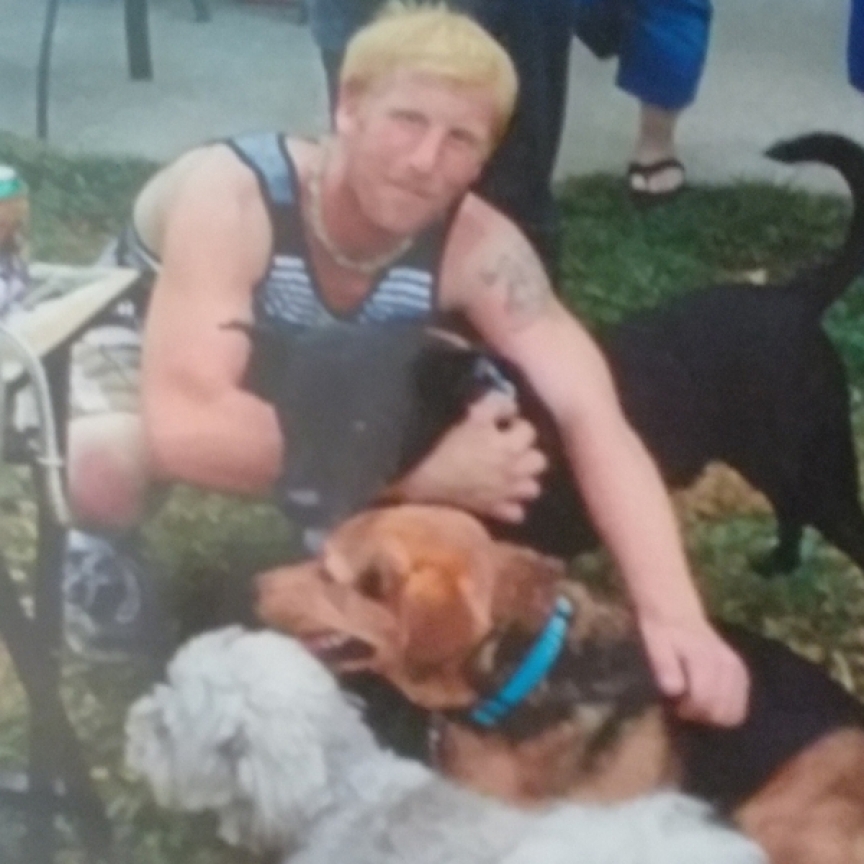 Jeremy had such a wonderful sense of humor. He could lift someone out of their darkest mood with his deadpan humor. At the same time, underneath it all, he was struggling with a crippling problem of addiction. He tried his very best to get sober. Jeremy succeeded more than once, conquering his demons. Through it all, he continued to reach out to so many others in our community that were heading down the same hellish road. The last time he was sober it lasted for quite some time. One night he went out and ran into some of his old "friends". In a moment of weakness, he gave into the unrelenting craving to use. Sadly, that was the end of his journey....and his life. Unfortunately, he must have used an amount that he could tolerate in the past, and it was too much for his body to bear. The day Jeremy left us he left behind many broken hearted people...especially his family. I want to make certain that he did not die in vain. I know his fondest wish for his legacy would be to fight in his honor for those have no one to fight for them. Jeremy was a Godsend and I owe it to him to keep his memory alive.

Jeremy was one of a kind. He was extremely loving and compassionate.He would never refuse to help anyone. As a child in school he was a bit of a prodigy (even if I do say so myself). In second grade he began to help his friends and classmates that were struggling with their work. The teachers' used to say that he was done with the day's assignments hours ahead of time and they needed to keep him occupied and out of trouble! He used the gifts that God had given him to make others feel better about themselves. Oh, despite his extraordinary cerebral ability, he was just like any other kid. Jeremy loved soccer, baseball, music, video games, and most of all he loved people. Giving of himself made him very happy. He loved to laugh! I have so many great memories of the two of us joking around and seeing who could out goof the other. We had so many belly laughs! I am smiling and laughing as I write this because so many different memories are running through my mind. In grade school he was the star of the show! We lived in a tiny seaside community where everyone knew each other. When Jeremy started middle school is when I began to notice a slight change in him. I think that he felt like a little fish in a big pond. In the area where Jeremy grew up, three different towns attended both the middle school as well as the high school. I believe it was hard for him to adjust to being around so many other kids that he didn't know. The insular world of our small town had now become a huge metropolis in comparison. It started in his sophomore year in high school. First it was wine coolers, which graduated to beer. By his senior year he started to use pain killers. We were all so devastated and just didn't know which way to turn. Try as we might, his partying was becoming more and more frequent. Jeremy did graduate high school with honors and went on to college. We breathed a sigh of relief, overwhelmed with joy and gratitude because we believed the worst was behind us. He continued to work, volunteer, and help his neighbors and friends. Many people were shocked to learn that he was battling a horrible addiction. He hid it very well...until he could no longer manage to maintain the facade. I know that he hated the fact that he was an addict and that made him use even more, so he did not have to feel. Jeremy fought the good fight up until the day he passed away. To the very end, as sick as he had become, Jeremy continued to try to help others like him who were also struggling. After his passing, five people told me that because of my son, they got clean and stayed that way. That is Jeremy's legacy...not his addiction to drugs. Addiction happens to people from all walks of life. It is not discriminating. This insidious disease took the light of my life from me. I promised Jeremy in my heart that when I was strong enough I would continue to fight for the rights of others who are being denied the proper treatment that is imperative in order to save their lives. You will never be forgotten, Jeremy. You left so much good behind. I miss you every day but I can assure you that you do live on in the hearts of many. You were well loved and respected. That my beautiful son, will never change.

Submitted by: Laura Ann Belamarich To edit this memorial, please contact us at info@shatterproof.org or 800-597-2557.