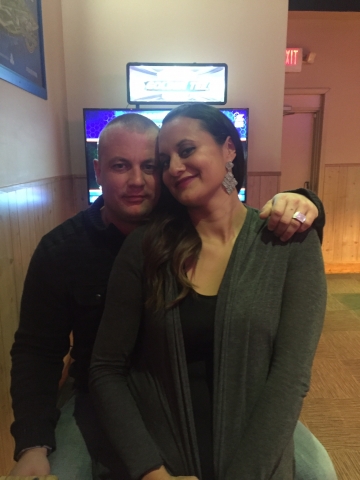 Born
May 29, 1979
Died
October 7, 2016
Bookmark this
Photo submitted by
Erica Zoller
Tell us about your loved one.

My husband John was such an amazing man. The day we met it was love at first sight. He was handsome, intelligent and had the best personality. We would laugh for hours some days. We married on 2•16•12 and had two beautiful children together. As time went on I noticed his demons that would haunt him, despite how hard he would try. He would do well for months but when placed in an emotional situation he would turn to alcohol. He suffered from anxiety and depression. After time, he would turn to alcohol and when he was intoxicated, he would turn to cocaine. They were vicious cycles. He would be full of so much shame after each time he used. One thing I admired most about him was his ability to do whatever he put his mind to. But on October 7, 2016, his demons were far greater than his strength and he lost his battle with addiction. He passed away that morning from an accidental overdose of cocaine laced with fentanyl. My nightmare had now become my reality. The hardest thing I’ve ever had to do in my life was tell our two young children that their daddy, with whom they loved with all of their hearts, was gone. I believe his mental illness played a major part in his addiction. The last thing he would ever want was to leave his family. We would have been married 7 years in a couple of days, so this time of year is always painful. So many “what if’s.” John is missed dearly every single day by his family. The only peace I get is that he’s in Heaven in complete peace. He’s not in anymore pain and is with our Lord who he loved with all of his heart...