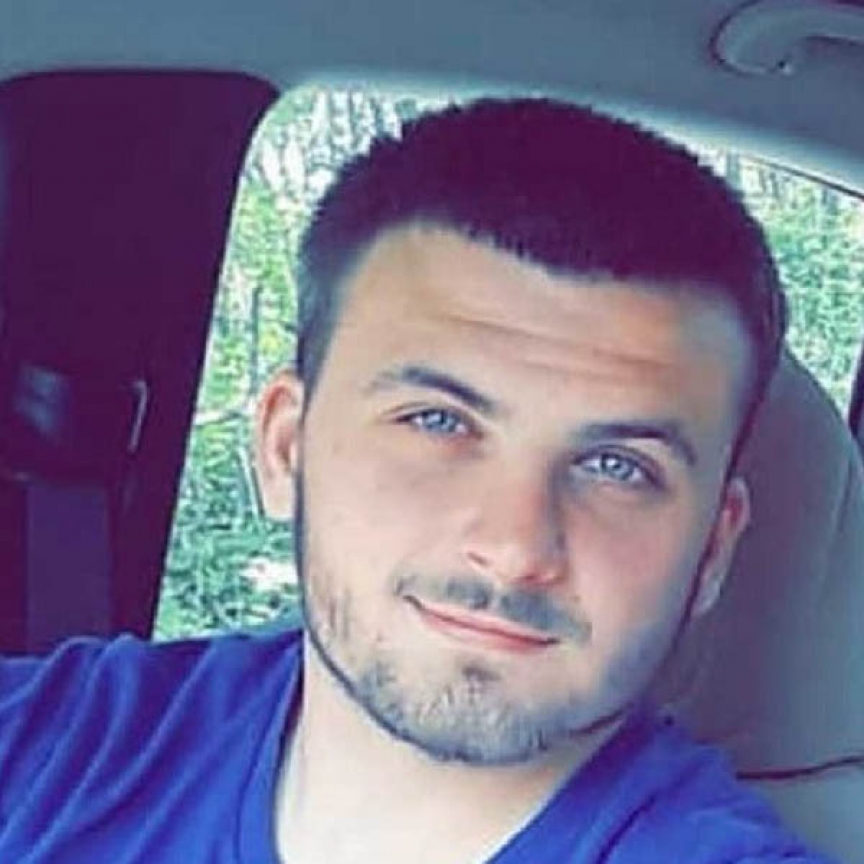 Josh was the youngest of 5. With 3 older sisters and 1 older brother you would think the "fight" for attention would be a full time job, however Josh never struggled to be noticed. From a very young age, Josh had the ability to light up the room without even saying a word. He was a character and never stopped making people smile. He was so full of life, personality, charm, wit, and love. One of my best memories of him is when he was 4 years old and he would walk around our front porch in his jeans, work boots, pretend hard hat, and no shirt, he had to flex his muscles for the ladies. As we got older I remember when he would walk through the front door with those piercing blue eyes and smile, and he always greeted me the same way. He would "man handle" in a play fight way my butt onto the couch, then pick me up and give me a bear hug. He was one of the best huggers in the world. I often think back to those memories and get choked up. I miss everything about him. He was an annoying little brother who I would have given my life for.
I tend to describe Josh as a diamond in the rough, as he got older he received a reputation that was not him. He got mixed in with the wrong crowd and put on this "tough guy" front, when inside he was a deep, loving, sweet, good hearted, smart, young man. He truly had so much potential and I don't doubt he could have been somebody had his life not been cut short. Sadly, for the last 6 years of his life I was not around. I was estranged from my family and because he was only a child it made maintaining a relationship with him difficult. However, God allowed me to see Josh just one last time, I saw him for the first time in 6 years and what I would soon learn would be the last time, in February of 2018. He was also able to meet my daughter, Hunter, who I know he would have adored had he spent more time with her. I wasn't aware he had an addiction, however after connecting to people who were in his life when he died, I found out he self medicated so to speak to deal with anxiety and depression. Sadly, on May 15th his struggles were ended. I truly hope he is at peace and is no longer suffering. My hope is to share his story, to have his story inspire someone struggling and save them. I want to share with the world who my brother WAS and not who they thought he was. I will never stop honoring Josh, I will never stop sharing the memories, I will never stop remembering him. He is my angel and I will forever miss him!! FOREVER 22, REST IN PEACE BABY BROTHER!

Submitted by: Ashley Delmonico To edit this memorial, please contact us at info@shatterproof.org or 800-597-2557.