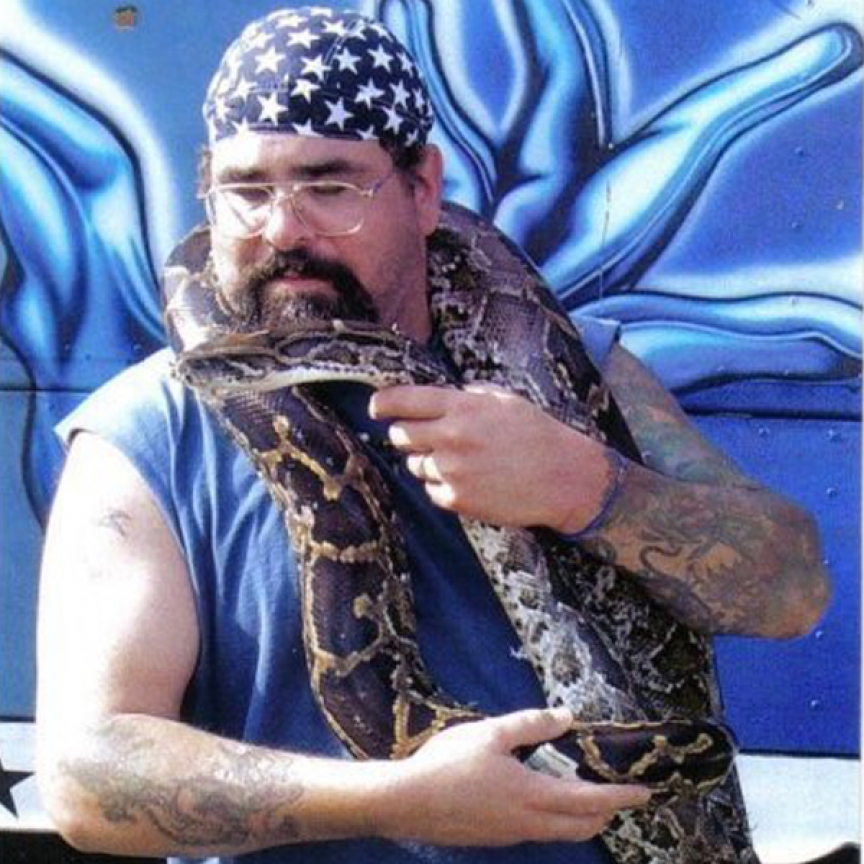 Big teddy bear. That’s how I would describe him. Youngest of five kids. Followed my dad everywhere. So attached to our mother. Always cried at sappy movies, and even commercials. He might have looked scary, being so big and covered with tattoos, but he was our big teddy bear.

Dad passed and he turned to alcohol and probably more. Got sober for two years! We had a nice picnic at the homestead to celebrate his sobriety! He was on a methadone program but didn’t want the crutch, so he weaned himself off and finally rid himself of it. So proud of him!!! I knew he could do it!

Turn the clock ahead a few years. Mom falls ill with cancer and gives up the treatments. She stayed home until the week before she passed. Kyle has the night shift so the rest of us covered the rest of the time. We always hoped he would endure during her illness but we began to see those familiar signs. He was using again.

He always said he wouldn’t live without my mother. Well, eventually she passed away. But he survived. We all survived. New days on the horizon but he just couldn’t settle. The disease just became so much bigger than he was able to handle.

The day he died he had been put back on the methadone program, and had just took his morning dose, added some xanex, self-medicated with antihistamines, and never woke up.

My sister and I found him. The medical examiners report confirmed that it was an accidental combination of drugs and that he might not have died that day, except he was also self-medicating with antihistamines for a cold, and they believe it was too much for his heart to keep beating. He died in his sleep.

The struggle for those left behind is so real and it doesn’t end. Glad he is not suffering with the disease of addiction. But that doesn’t make it any easier. We miss him every day. I’m helping change the stigma of drug addiction. I’m Shatterproof Strong.

Submitted by: Kim Viel Girven To edit this memorial, please contact us at info@shatterproof.org or 800-597-2557.