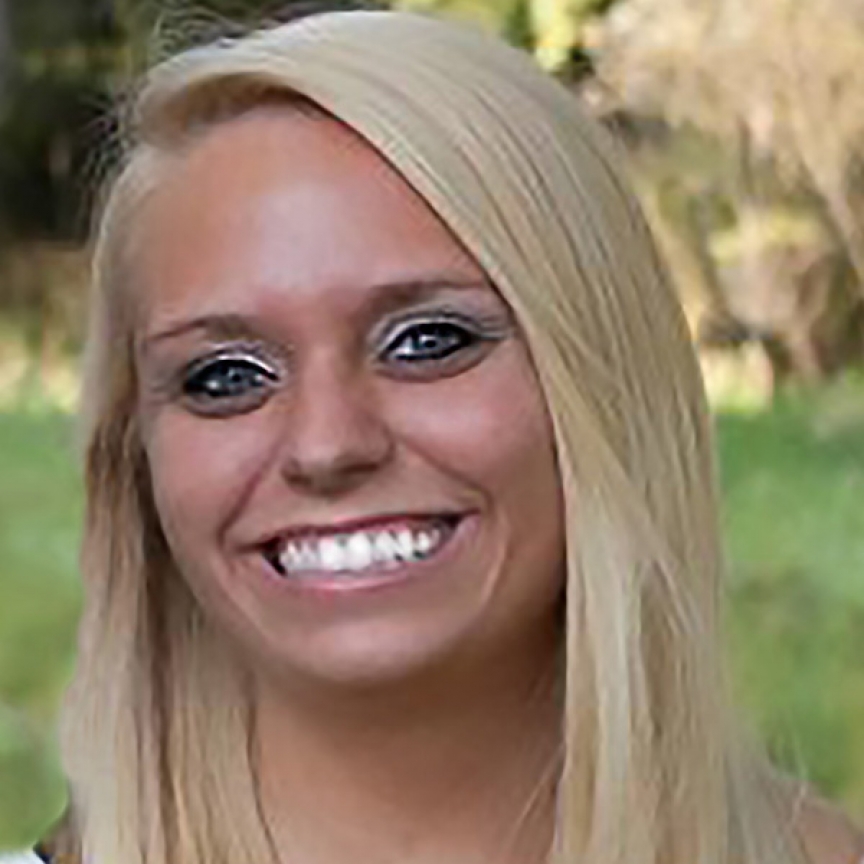 Megan was an amazing young woman. Addiction never defined her. She was always helpful and kind to everyone she knew. People remember that she was nice to them. One of her teachers from high school came to her funeral and she said she remembered that Megan was nice to everyone.

Megan was the youngest of four. She was an easygoing, independent child. At 14, she started drinking alcohol and experimenting with marijuana. The friends she chose to hang out with really influenced her choices. She was making choices that would end her life at the early age at 22.

Megan was an excellent waitress and she worked at quite a few restaurants. Megan was a charming storyteller. She was very good at diverting your attention from direct questions by telling one of her stories. People laughed at Megan's stories...and people remember Megan's signature laugh.

She started using pain medications at 19 and became addicted. Only no one tells you they are addicted. People believe they can handle their addiction. "I've got this!" she used to say. Unfortunately, addiction had control.

On November 2, 2013, I spent the entire day with both her and her boyfriend, Allen. I never noticed either one of them doing any drugs. Both Megan and I left at 4:30 pm. I went to my house and Megan went to work. Before 7 pm, Allen died from a drug overdose after snorting Percocet three times that day. Megan got out of work at 8 and tried calling Allen four times. He never picked up the phone. She stopped to get Taco Bell and drove home. She saw police cars at the end of the block. She arrived at the house to see one of Allen's friends in the driveway. Ten minutes later, a police officer came out and told them that Allen didn't make it.

After Allen's death, two of his friends introduced Megan to heroin. It's cheaper and more accessible than pain pills and contains the exact same ingredient: opium. She begged me to help her detox five months after Allen's death. I paid $7,800 for her to go to a 4-day rapid detox in Detroit. No doctor told her she'd get sick and that's what she was trying to avoid. She ended up not being able to eat or drink anything. She checked herself into a hospital once she arrived back home and that's when she was diagnosed with pancreatitis. It's also when I found out she was addicted to heroin.

Three days later, when she was checking out of the hospital, two police officers arrested her and took her to jail. She was charged with four felony counts involving heroin. The DA set her bail at $10,000 and told her she was facing 50 years in prison.

I hired an attorney to represent her in her best interests, except he lied to us several times. By the time she was sentenced, she received four years probation and 36 months stayed and imposed prison sentence. We asked the judge to allow her to participate in inpatient treatment that my insurance would have paid for. He said no. We asked him to change his mind. He still said no and that the time for treatment was when Megan was a teen. That's a fallacy. The time for treatment is when you want treatment.

Four months into Megan's sentence, she relapsed, overdosed, and died. I have been very open from the beginning about Megan's struggles and her death. I go to high schools, colleges, and to treatment facilities to share Megan's story. I'm hoping to prevent other young people from walking her journey and to prevent other families from walking my forever loss journey.

The stigmas of addiction are really discrimination against people with addiction and mental health issues. These have to end sooner rather than later. We are losing way too many people to the disease of addiction.

We miss Megan every single day. She was greatly loved and forever remembered by her family and friends.

Submitted by: Bev Kelley-Miller To edit this memorial, please contact us at info@shatterproof.org or 800-597-2557.