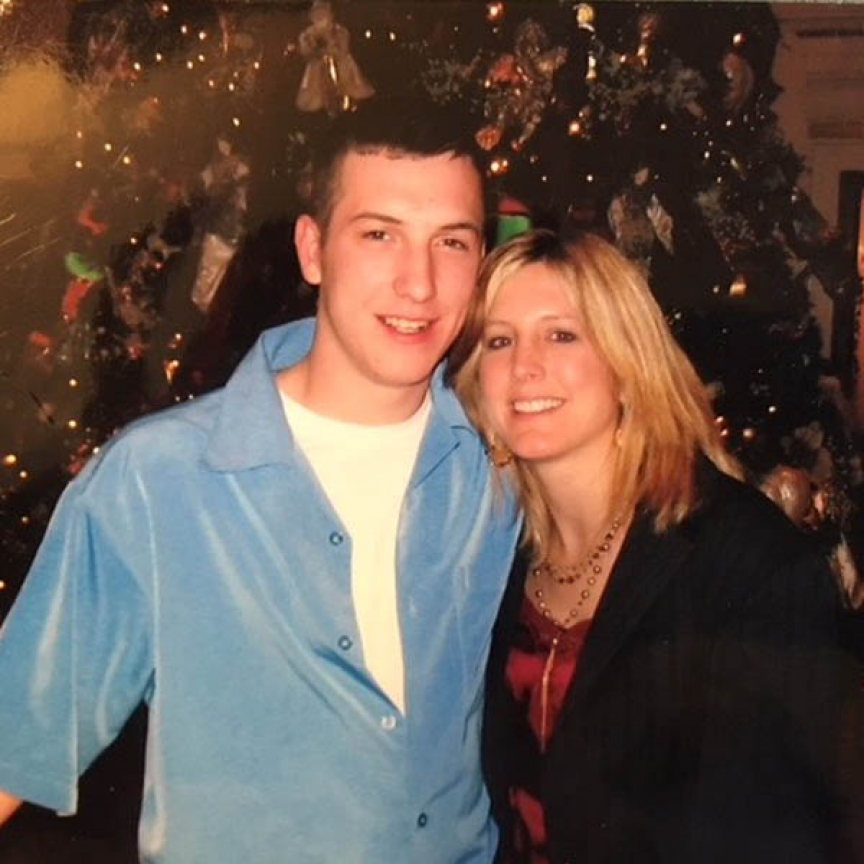 Nick was the oldest of our three kids. We had him when we were only 17. So it was kinda like we grew up with him. I did not know I could love someone so much. He taught me what was important in life and made me so proud to be his mother.

When he was a teenager he started drinking and experimenting with some drugs but at that time I thought it was the normal teenage stuff. After graduation, he got a job working in shipping and was engaged to get married to his high school sweetheart. All seem great! He still liked to drink and go out with his friends but always seemed happy and no issues. One day he hurt his back at work and went to the doctor and they prescribed him opioids for the pain. He was on those for awhile. I think that is when his addiction really took over. Then his fiance broke it off because she got into a relationship with someone else and I am sure the drinking and painkillers contributed to that. His world was shattering around him. He went through depression and started showing up late to work so he was let go. He was introduced to heroin and that is when his legal troubles began. He was arrested and then broke his probation cause he tested positive to drugs and spent a while in jail. I though that was bad and fought to get him out. He was clean and looked great when he was released. I had my Nick back!!! Unfortunately, I did not know how powerful that his addiction was and only 45 days later he was gone! He received a full batch of fentanyl and lost his battle to addiction. I was lucky to have him with me for 26 yrs just wish it was a lot longer! A parent should never have to bury their child. Our lives are forever changed and one day I will see my angel again.🙏❤️

Submitted by: Katie Sutton To edit this memorial, please contact us at info@shatterproof.org or 800-597-2557.