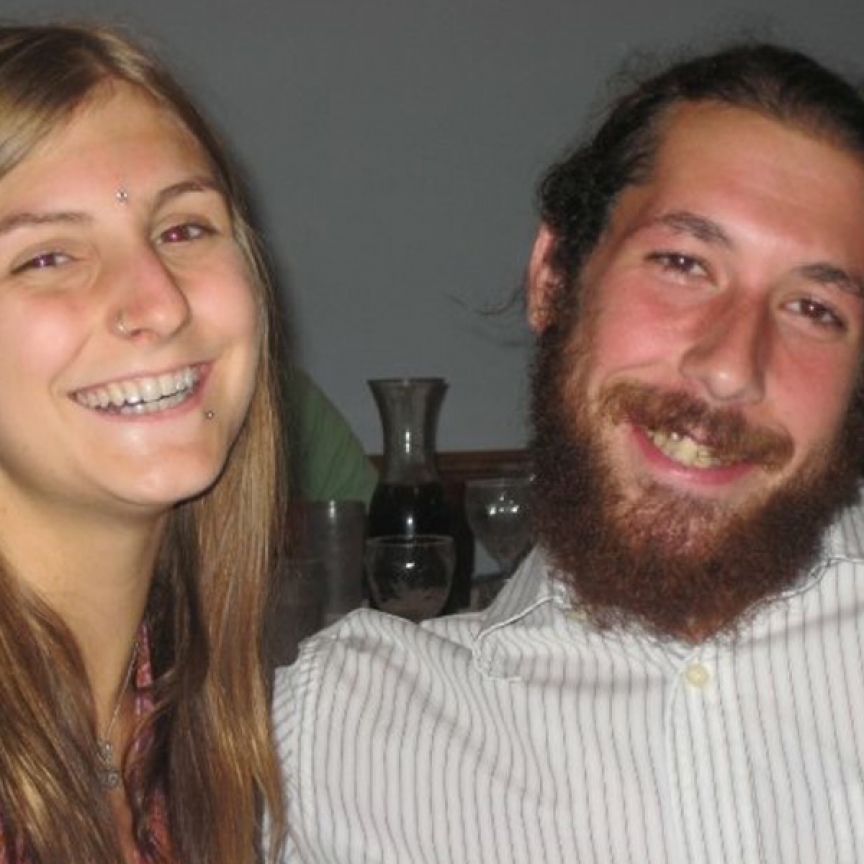 Nick was a free spirit. He wanted to live a life of love and passion. His passion for living a free lifestyle was not always understood by others. Yet he never gave in to the societal views on how to live. He never wanted to hurt anyone, he just wanted to listen to Grateful Dead music and travel around the country, spreading love wherever he went. We were together for 7 years. We were best friends. I thought our love would last forever. Ours is a story that was a long, beautiful, love story that turned tragic and dark. I can’t tell the story because there just isn’t enough energy left in me to rewind and play it back right now.

Regardless of how the story goes, the one I loved was lost. Not only lost to me, but lost to his whole family. He was the youngest of five and left behind a brother and four sisters who loved him more than I can say. The love his nieces and nephew had for him was beyond anything I’d witnessed, being an only child with no cousins or extended family at all. His parents wanted nothing but the best for Nick. They supported him unconditionally with love and never stopped fighting for him.

It’s almost been four years since he’s passed and I never go a day without thinking of him. He will always be with me but just not the way I thought it would be. He was in pain and he was suffering. I guess sometimes I think maybe he’s finally at peace and not fighting those demons every day. I also blame myself sometimes for not being strong enough to help him survive, because I barely survived myself.

He was loved and will be loved by so many forever.

*I wanted to share the poem below that his friend wrote after his passing:

ODE TO NICK
By Joel DeSomber

Well the mother’s dream became a battered child
While he brought on himself all the charges they filed
A rap sheet two feet longer than the list of excuses he always made
He had a heart that was bigger than an oil drum
But when it beat against the needle, well guess who won?
It’s a goddamn sonofabitch to know it didn’t have to end this way
But the needle has an ego and it needs a friend
To take up the slack and push the plunger in
Another shuddering soldier shaking in horror in the wake of a battle lost
Well I wish he could try it all over again
Would it be the same, would he make amends
Or would the demons still feed on the thirsty needs that came with an earthly cost?

There’s a crop of poppies sprouting up again
Every time that the needle takes another man
It’s the circle of life that’s rife with the stench of unrelenting sin
Each hole that you make in your holy skin
You’re inviting energies to come on in
And they flood your blood with the secrets that you hold and scold within
There’s a darkness there in the junkie’s air
That he cannot clear for fear to spare
So he keeps on keeping on beyond the point that pushed him there
He forgets to live, forgets he’s still alive
And he can’t remember why he ever tried
To kick the shit that came and left an empty vacant stare

But somewhere along his Merry way
He got lost in the dizzyness and led astray
Yet still he never lost his Zen-like sense of endless peace
‘Cause at the end of the day he was morally bound
Though his path was unsteady and his tread unsound
He kept his heart, and he played his part, and his spirit was always at ease
I tell this tale about a lovely man
Who knew his place and played his hand
Even when the cards he got were dealt with a loaded stack
He hit rough times and payed his dues
And the songs he sang had a touch of the blues
He just couldn’t seem to get the stubborn monkey off his back

There was a peace inside that I cannot name
Though I’ll spend my days trying to regain
Those days we spent just laughing at the depth of empty space
With a smirk and a laugh he wrote his epitaph
And it goes like this “Live life at last,
Your body surely dies but still noone can steal your face”
He wasn’t perfect, no human is
But he lived with grace and that’s a gift that gives
A pause for those of us still here to hold and pass the torch
Because in the end he was one of those friends
That you can’t replace no matter what you spend
You can speak a million words of praise but somehow they fall short

I was reminiscing of better days
My words were lost, my mind a maze
The sun came out to brighten doubt, yet still the shadow loomed
I felt his soul and so I prayed
And amidst the haze I cast a gaze
Upon a songbird searching for a new and unsung tune
The key he found was somehow off
Yet still I listened until he stopped
And cleared his throat to find his voice and sing on through the gloom
I had a thought I couldn’t shake
Is this all a dream or am I awake?
How many more of the friends I know and love will be called away
To a place beyond our mortal bond
While those still left must carry on
And let their words be lost in longing for the perfect phrase

Like a sailor cast upon the shining sea
On a moonlit night when it’s all you can see
There’s nothing left but scattered stars to guide you on your way
I think I’ve said enough so now I’ll say goodbye
To a man who lived like a butterfly
He just flew in for a moment so we all could look and see
What living means when you’re living free
And the winds of time cast fate unseen
You just flutter by and utter rhyming words of endless play
Life is fleeting so make it last
What do you want on your epitaph?
Words left unsaid lay heavy as lead but your deeds will always stay

Submitted by: Amanda Wackel To edit this memorial, please contact us at info@shatterproof.org or 800-597-2557.