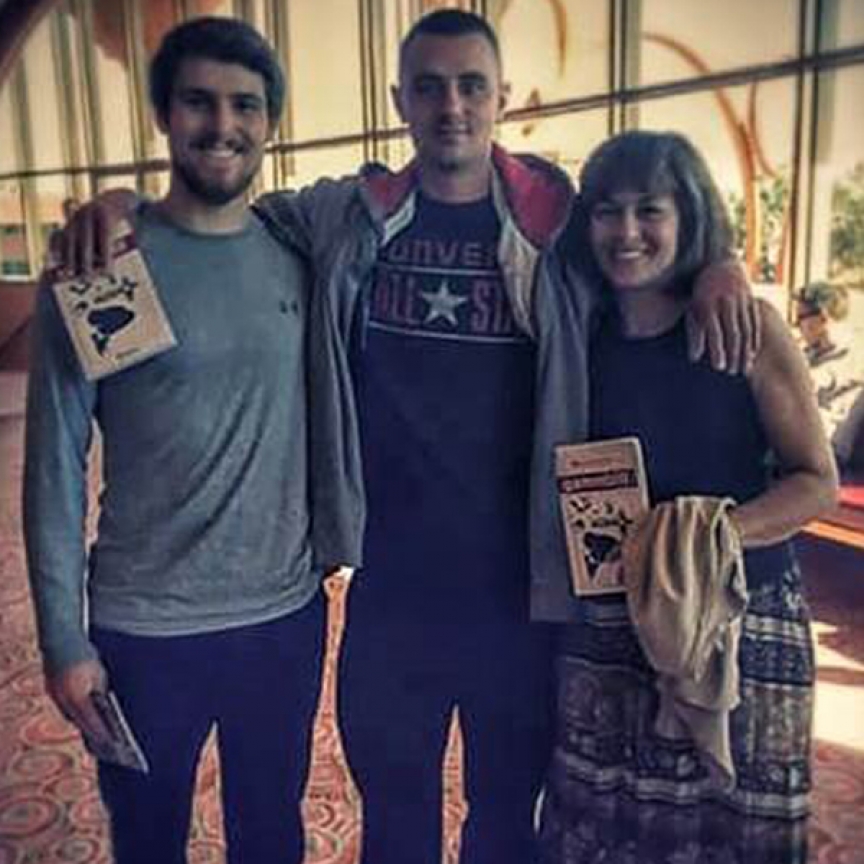 Patrick was someone who laughed and smiled at many different things and really experienced the world with an open mind and open heart. He loved dumb jokes and stand up comedy and was someone who had an infectious joy and personality. He was like anyone, he wanted to be loved and respected and happy. He also wanted to make others happy, which he did.

He was diagnosed with bipolar and depression at a young age and struggled with heroin addiction from the age of 17 to his ultimate passing at the age of 30. He tried multiple rehabilitation methods and was able to stay clean for long periods of time but would usually start using again eventually, especially during times of hardship. This last year he was able to maintain a year of sobriety and was in a wonderful place but was unable to fully beat his addiction and we lost him to an overdose earlier this year. I think knowing his pain and struggle has permanently changed my perspective on addiction. I witnessed his immense strength and ability to fight for so long and when you think about how many others are going through such hardships, especially those who are alone or lack support, it is heartbreaking. I think what we can all take away from people who fight against addiction is just how much willpower and effort it takes.

I miss everything about him. He had more empathy than anyone I have ever known. He would never hesitate to give everyone a hug and warm embrace. Even if they were complete strangers. I don't honestly think he had any hate in his heart at all. I don't just miss the clean version of my brother, or the older brother from when I was younger whom I looked up to with wide eyes. I miss the brother who was always struggling for his life. The brother who even though he was sick from withdrawal still showed up to help me move and to watch me graduate. I miss not only the person he was but the person he never got to become. I miss the person who would have been the best father ever and would have loved that child more than anything. He was supposed to grow older and be an uncle and his addiction robbed the world of a really wonderful person. I will just miss him and not getting those bear hugs during the holidays that was always followed by "love you brotha."

His motto was "IT'S GONNA BE OK, BECAUSE IT'S OK" which on the surface makes absolutely no sense but when you dig into it a little deeper, has a lot of depth and meaning. In a way, this perfectly sums up who Patrick was. He was someone who easily could have been reduced to everything he was on the surface, and was someone who society or even Patrick himself would deem a failure. When you scratch below that surface or veneer, something truly beautiful and wonderful was revealed. He was a person with remarkable courage and strength who fought every day (until the end) for happiness in his life. He had hopes and aspirations and never gave up on trying to get help. People who live with addiction are the some of the strongest human beings on this planet and he was living proof of this. The next time you encounter someone with any type of addiction, think of the people like my brother who did not possess a judgmental bone in their body. Remember that all persons are deserving of love and empathy, and if you can, smile and tell them "it's gonna be okay, because it is already okay."

Submitted by: Nicholas Jensen To edit this memorial, please contact us at info@shatterproof.org or 800-597-2557.