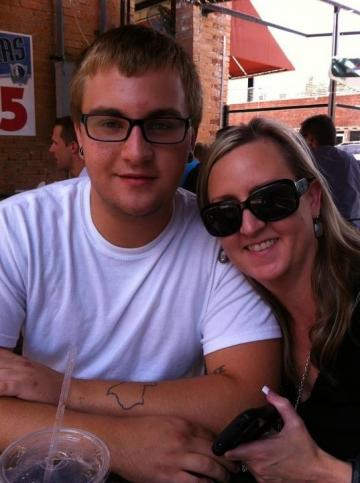 Born
June 24, 1992
Died
October 5, 2012
Bookmark this
Photo submitted by
Paula Thompson
Tell us about your loved one.
Reagan was born in Anchorage, Alaska and always considered himself Alaskan. He was the middle of 3 brothers - Sam (25) and Quinn (19). He was very quiet, but had a wicked sense of humor and when he did say something it would usually be hilarious. He was tender-hearted, loving and kind. He loved babies and little kids and dogs, and they loved him too! In 4th grade he became known as Ray, informing us that we'd given him a girl's name (he had a female classmate with the name Reagan) and he did NOT want to have a girl's name! He loved to skateboard and was pretty good at it. He was very talented at playing the guitar and liked teaching others how to play. Ray was always drawn to other kids who were sad or hurting and he just accepted them for who they were, as they were. When Ray went to friends' houses, we almost always got reports from the parents about how sweet, and polite he was and a pleasure to have over. Ray was our ""blondie-blond"" boy, with amazing eyes that changed color according to his mood, the clothes he wore or even the weather. His hands had ""simian"" creases on them and he was born with dimples in his shoulders. He was stocky and thick - not fat, but solid. He gave the best hugs and kisses! He was very sensitive and seemed to feel things very intensely, and didn't really know how to express how he felt. "
Tell us about Reagan's struggle with addiction
Ray began having trouble with depression around puberty. We tried to get him to talk with a counselor, but he was very resistant to talking. The summer after his 7th grade year he spent mostly alone, lying in bed, depressed. By 9th grade he had tried a variety of drugs, but was mostly smoking marijuana. He ran away from home. We found him the next night at a known drug house. We knew he was in crisis and we acted quickly to get him into a day treatment program, but he didn't cooperate. We ended up forcing him into treatment 5 hours away. I felt horror and dispair leaving my child there, entrusting him to strangers. After a bumpy 3 weeks, he turned a corner and began working on getting sober. He was able to remain sober for about 18 months. But then he started smoking pot, drinking and using many other drugs. As he went further into his relapse, he drove his girlfriend away, which caused his depression to return at a more intense level. Over the next year and a half he was able to get his GED and work at a construction job and even attempted a semester in college, but his disease was in full effect and he began stealing to support his drug needs. We began the cycle of arrest, jail, bail and rehab. In 2011, Ray became addicted to heroin and we had to tell him that we would do anything to help him get and be healthy, but we would no longer support him being unhealthy. In January 2012, he came to us asking for help. We are Christians, and we offered him all we had: the love of God and hope in a relationship with Jesus. He asked the Lord into his life and willingly went to rehab, where he was diagnosed with refractive depression. The entire 40 days were spent getting him stabilized medically. He went to a 90 day program in California and then to a sober living house in Dallas. He felt so much guilt and shame and worthlessness and told his dad he was a "3 time loser and an addict." His next relapse on heroin led to his death.
What made Reagan smile?
The last times I saw him smile were when he was with family. He'd been gone so much of 2012 and he missed us so much, that the rare times he was able to be with us he smiled the whole time. Of course, when he was healthy, he smiled every time he was with his girlfriend, Ali, and when he got to be around her niece, Raegan. Some of the most precious pictures we have of Ray are of him with Raegan because his sweet, tender side was right there on the surface.
What do you miss most about Reagan?
There is only one thing I do not miss about Ray: his addiction. That destroyed my beautiful son who gave the best hugs! I miss hearing him call me "Ma" and his chuckle. I miss looking at his hands, his eyes, his smile. I miss how he was so particular about the clothes he wore, and how even wearing jeans and a t-shirt they had to be clean and unwrinkled. I'll never know his children, or what he would have done with his life if he hadn't succumbed to the pain, guilt and shame he felt because of his addiction. I take comfort in knowing he is no longer suffering, but I miss him every second of every day.
Memorial
Bookmark this
Share this