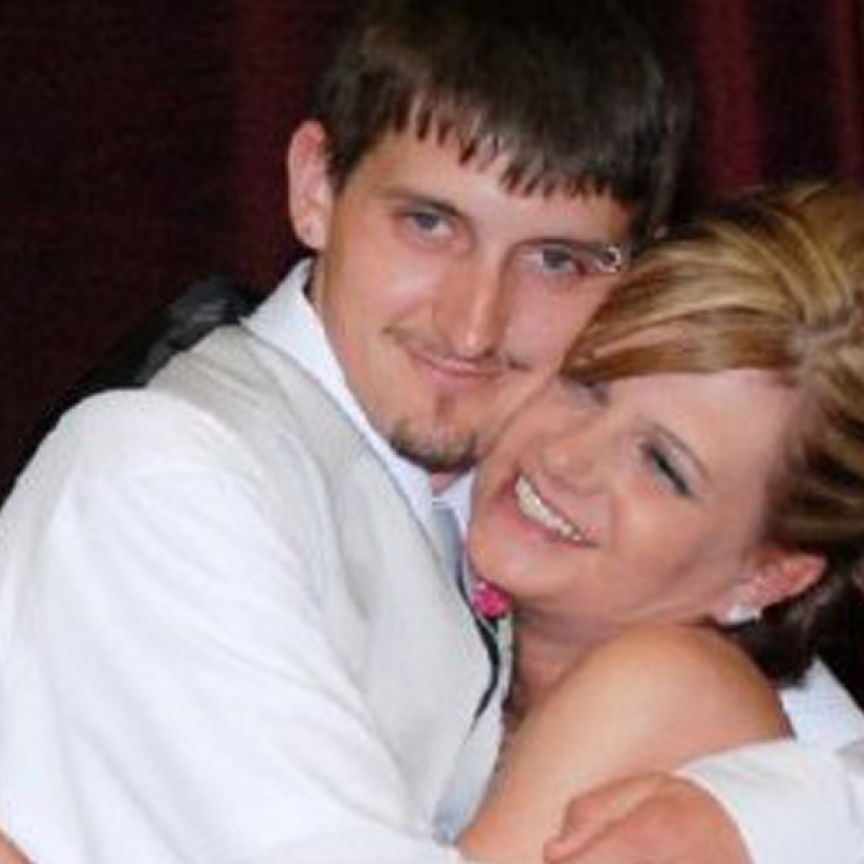 My son was an only child. He had this sparkle in his eye and everyone wanted to be around him from the time he was born. In the summers there would be as many as 13 kids a day at our house. He had a heart of gold and would help anyone. He stuck up for the kids that were bullied and was full of jokes that made everyone laugh. He was my best friend. I had him when I was 17 so we kind of grew up together. We would ride bicycles for 12 miles or go camping on our weekends. He would go to the skating rink with his dad on their weekends. At 15 he worked three jobs to get a quad he wanted because I couldn't afford it. He graduated from technical school with a license that only he received. He was the only one to match the paint colors; he was color blind. About that time he started experimenting and since he was a teenager and one thing would lead to something stronger he ended up addicted. He also became a father. He told me once that when he left this earth he wanted to leave something good on it. It was ironic because I had always said the same of him. They say waiting for the phone call is the hardest part...at that time I thought they were right. His drug of choice was Opana which is Oxy and Morphine mixed but with plastic mixed through to stop people from misusing it. On February 2, 2013, RJ was taken to the hospital with multi-system organ failure. I had to fight for his life as much as he did. Withdrawal would not remove the plastic. Friends helped me find two other cases and I located a CDC case which had happened in Tennessee the previous year in which plasmapheresis was the only thing that might help. I fought until they did it. He was in for 26 days and nearly died. We left the hospital 26 days after he entered but he needed kidney dialysis. He was weak, had no control of his bodily functions, and had some brain damage from being without oxygen but we worked on it. He slid down the stairs one day and there was a "pop". The plastic that was left in his kidneys came free and he didn't need dialysis anymore. He was back to himself just weaker and sober. He stayed that way for 5.5 months until he was around his old crowd. They got high that night; his heart couldn't take it. I woke up like a shot at 3:32 am. The coroner said that was about the time he passed away. That was the worst call I ever got; my ex-husband telling me my son was dead. He was the best part of me; it died that day too.

Submitted by: Tracy Luke To edit this memorial, please contact us at info@shatterproof.org or 800-597-2557.