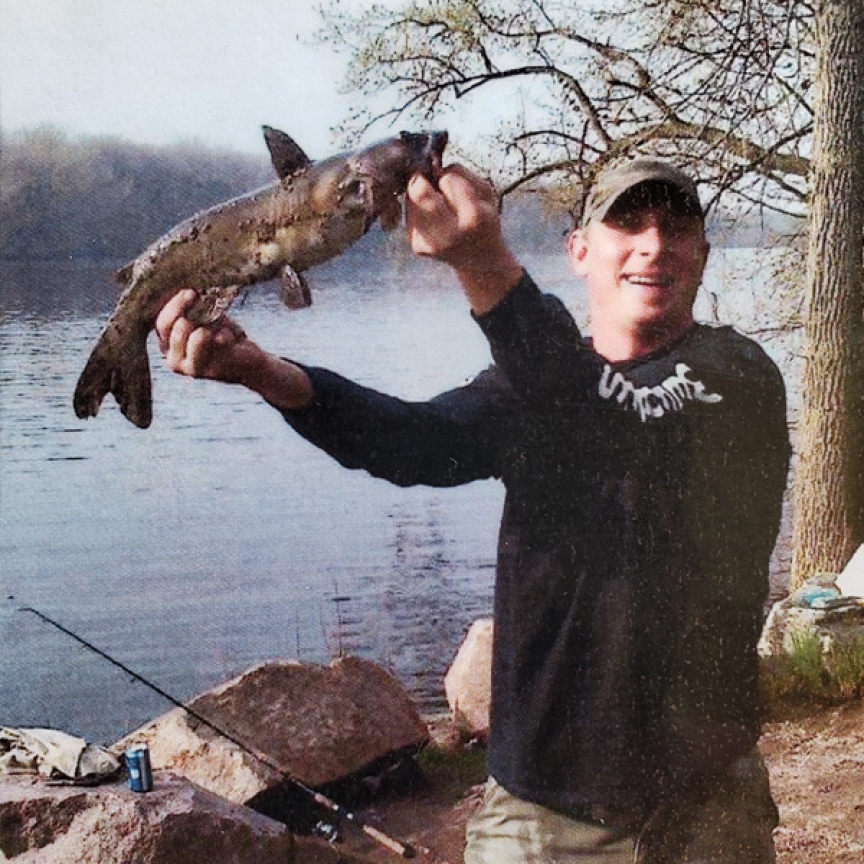 My brother Russ was a great person. He was kind to everyone and would drop everything to help someone. He was a wonderful friend, son, and uncle. He loved boating, fishing, playing the accordion, and being around people.

His struggles started early in his teens with alcohol. My parents took him to counseling, tried "tough love", etc. He was diagnosed in his twenties with bipolar disorder but his doctor just gave him meds and no direction to seek counseling to learn coping skills, so he began to drink more until that wasn't working.

I knew he smoked pot on occasion but it wasn't until after his death and autopsy that I found out he was using opioids. Apparently my parents and I were in the dark as many of his friends knew but no one said anything to us. He was such a high functioning addict we never knew. He worked his whole life, owned his own house, paid his bills, etc.

I always thought he just struggled with alcoholism and would research rehab places for him that took his insurance and show him. Most of the time he would get pissed at me and say I was just no fun, but one time he told me "what would I do if I went there and wasn't me anymore, I'm the life of the party, I'd lose all my friends." That broke my heart.

The last conversation I had with him was a few days before he died, and he sounded really tired. I asked him if anything was wrong and he said that I worry too much. Then he was gone.

I can't imagine the daily struggle he went through, to not only deal with a mental illness but several addictions as well as the fear and shame that go with them. I am glad he is finally at peace but I miss him dearly.

Please if you know someone who is in trouble with addiction, say something. Yes they may hate you, but it's the right thing to do.

Submitted by: Heather Ritts To edit this memorial, please contact us at info@shatterproof.org or 800-597-2557.