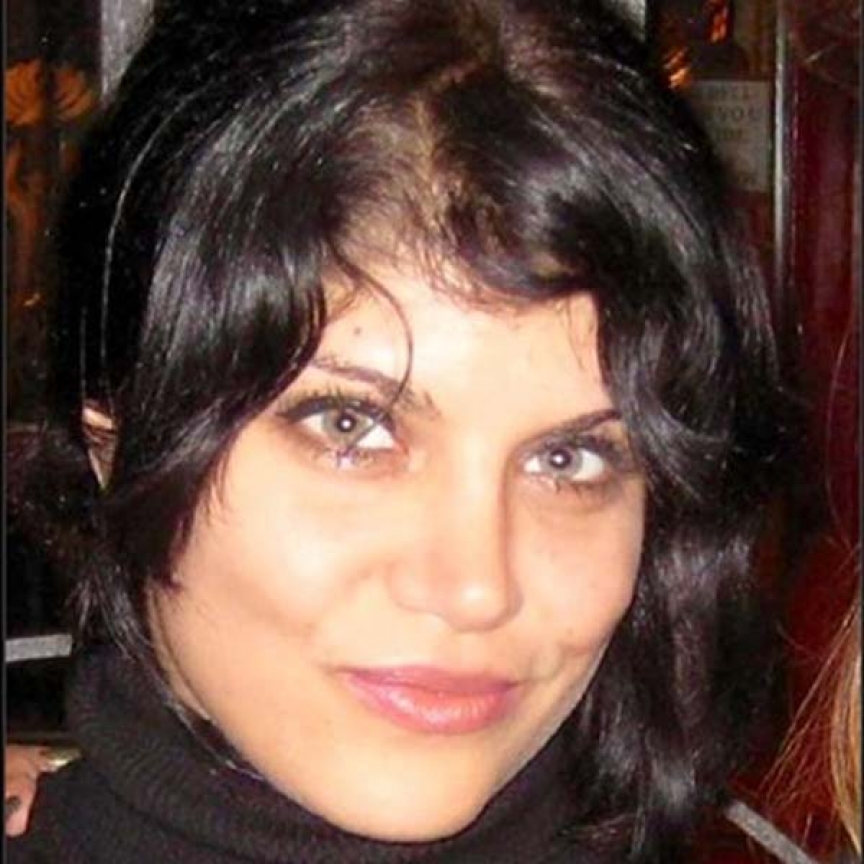 Sarah, our incredible daughter, was a larger than life person, adored by many, a brilliant artist, a kind, compassionate soul, dog lover and a rescuer of senior dogs. She was warm, funny, and real. Unbeknownst to us, around the age of 16, she started using drugs, seemingly wanting to escape the demands of reality. At age 17 1/2, Sarah was awarded a full scholarship to Kansas City Art Institute and by the time her first semester was completed, her drug use was out of control and she dropped out of school. She became addicted to
cocaine but used whatever drugs were available. Out of control, unwilling to talk with us, she found herself in a dangerous world where she was beaten, raped, robbed and more. One night she was taken to the ER and talked with us after a year or more of being out of touch. She agreed to return home to California, said yes to rehab and then sober living. Her first year home was amazing for all of us. We had our daughter back, she was doing well, going to meetings, working and following through on what she promised. So, at the end of that year, knowing that being an artist was her dream, we offered to send her to a really good art college. During her time there, she remained sober and created wonderful art but after graduating she talked her doctor, who knew she was an addict, into giving her xanax and klonipin. Almost immediately she was addicted. We didn’t have a clue as she was not living at home, and was great at concealing what she didn’t want us to know. She had applied to the UCLA Fine Art program for a Master's degree, was accepted on a full scholarship, which was a true honor, as they only accepted four people for the year she had applied. About two months before school started we thought she sounded strange on the phone, went to her apartment where she was very drugged out. We begged her to go to the hospital for detox and treatment, knowing her life was on the line and that she might miss the amazing opportunity to attend UCLA. She received treatment, was able to complete her Master's drug-free but once she graduated in 2012, her use of drugs, mostly opioids but whatever else she could find, spun out of control. Her addictive behaviors emerged again: moodiness, dishonesty, constant crises, fatigue, and the inability to manage her life. In 2017, she called us saying she needed rehab. We helped her get admitted. Upon discharge we asked, practically begged her, to go to intensive outpatient rehab. She refused. She started using again almost immediately upon discharge. That was 2018 when fentanyl was available. Somehow, during the last year of her life, regardless of how out of control her drug use was, she was able create a most amazing art show at Klowdenmann Gallery in Los Angeles. If you google her name, you can see her work, which was her passion and a manifestation of her life force. Sarah’s final gift was donating her organs, giving life, allowing her to live on in others. Rest in peace our beautiful daughter!

Submitted by: Jessica B Grahm To edit this memorial, please contact us at info@shatterproof.org or 800-597-2557.