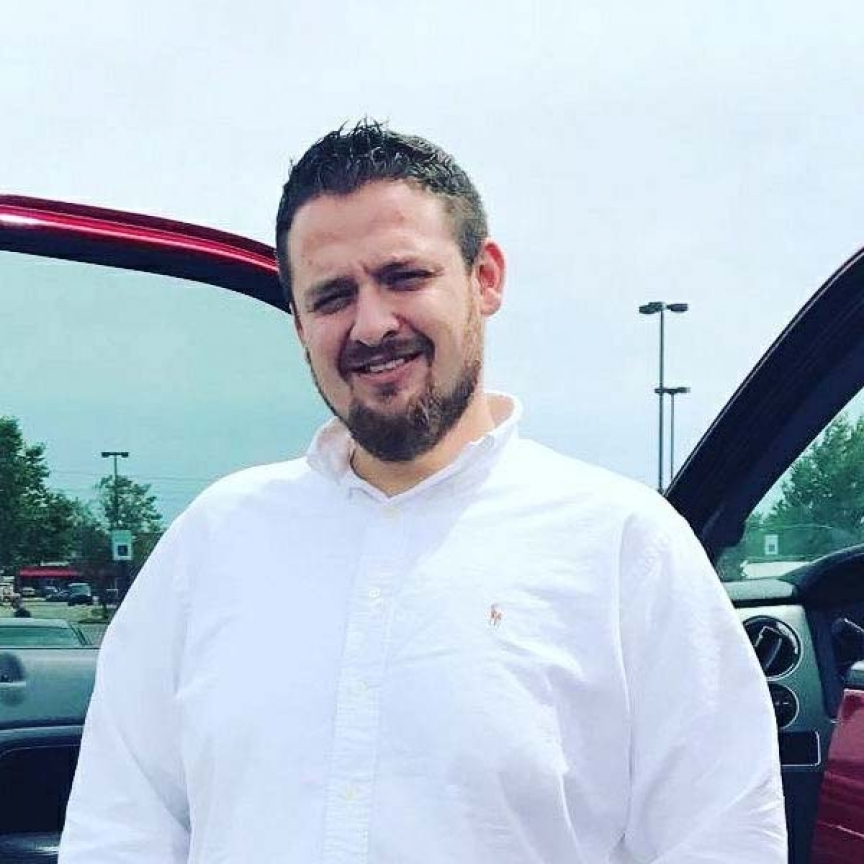 Steven was always my baby boy.
He towered over me and was quite the big man but he was still always my baby. He called me momma and always told his friends what a great mom he had. He also told them not to mess with me because they'd be in big trouble if they did. (He had them all fooled) He was proud of his momma.
Steven was smart and so very funny. Just thinking about the good times makes me giggle. It was his desire for me to be proud of him and I was.
Steven struggled for about 15 years with drug addiction. It started off with pot and just increased to heroin. I was in denial for a long time because he wasn't "raised" that way. Addiction runs DEEP in our family and I was the one that was going to break it. But, even though I did, my son could not.
Steven spent six months in jail and then six months in rehab. He came home to our house while getting back on his feet. He said he had promised God he would get his life together before he turned 30. Things were looking like he was going to be able to keep that promise. He was back to the son I knew before addiction took over his life.
Those hopes and excitement lasted for five days. He overdosed on Friday May 25th at our home. It wasn't heroin as we thought but it was fentynal. We still don't know what happened. I am so very sad.
I have learned so much more about addiction since he passed away and if I can help just one person to not go through this then I will continue to learn and share what I know.
I miss my son so very much. He would be turning 30 tomorrow if he were still here. I think about him all the time. He was so much more then his addiction and I focus on all the good, loving, and funny things that made him special. I love you Steven.

Submitted by: Kelly Dennis To edit this memorial, please contact us at info@shatterproof.org or 800-597-2557.