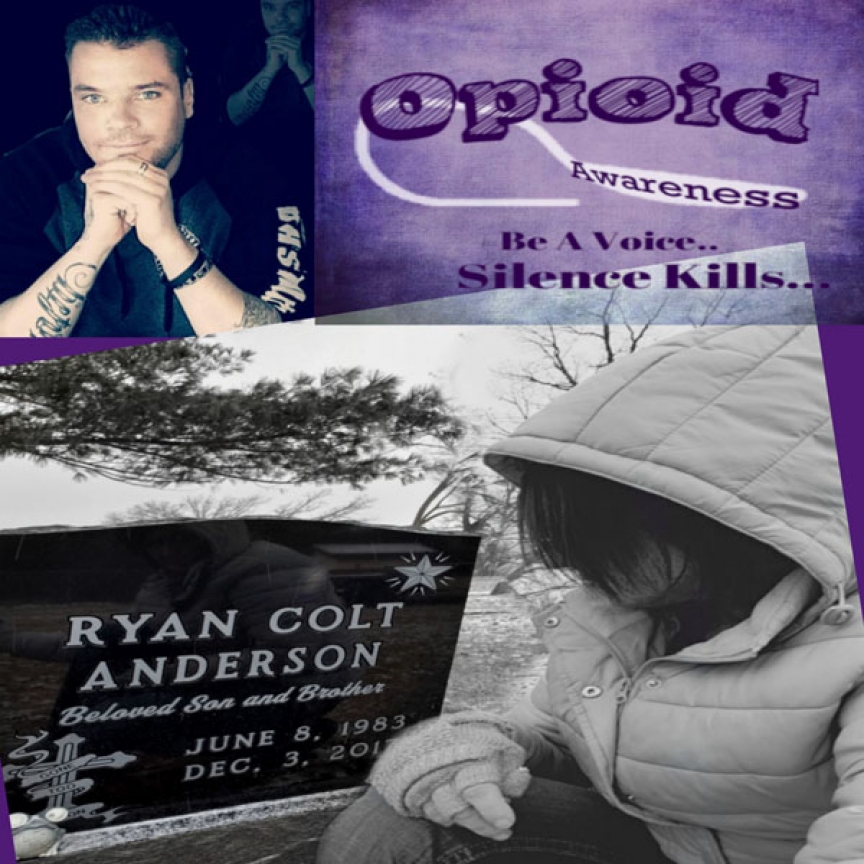 Ryan and I met in 2012, both of us were sober. Ryan had just been released from prison and was living in a halfway house. He was happy to be sober, working and making the necessary changes to better his life. Ryan was an outgoing, funny, loving and compassionate man. His smile would light up the rooms of every place he went. Ryan had a great love for animals, and motorcycles.

If you knew Ryan, you knew him as a man who was always telling jokes and loved to make people laugh.

It wasn't a secret that Ryan was a person who struggled with a substance use disorder, or that his use created legal consequences that put him in prison, taking away 8 years of his life. There wasn't too many that seen the darkness that he kept hidden behind his substance use, the struggle with depression, anxiety and the added guilt for the pain his family had gone through because of his substance use disorder. For me, I knew the feeling of his struggles, because I had been battling my own with substance use, and for that reason I chose not to see Ryan as a person with a "drug problem" but for the person he truly was, a man who was loving, caring, compassionate and made me smile. The stigma that surrounds substance use disorder keeps society from seeing them for who they truly are, someone's loved one, someone's son, daughter, son or daughter.

Everything in life has changed since the day Ryan died. They say in time, the pain gets easier. But almost 3 years later, I am still waiting for the pain to get easier, as it still feels like it was just yesterday that he was taken away. But Ryan made me promise that if anything ever happened to him, that I would not let him be forgotten.

So today, I take the pain and turn it into gratitude for the 5 1/2 years that we shared together, because in those 5 1/2 years, we created some of the most beautiful memories that now have become my treasures.

It is in his honor and loving memory, that I will continue to share his story and advocate in the fight to end the opioid epidemic.

No family deserves to suffer the devastating pain of losing a loved one to an overdose.

Submitted by: Anne Marie Emerson To edit this memorial, please contact us at info@shatterproof.org or 800-597-2557.