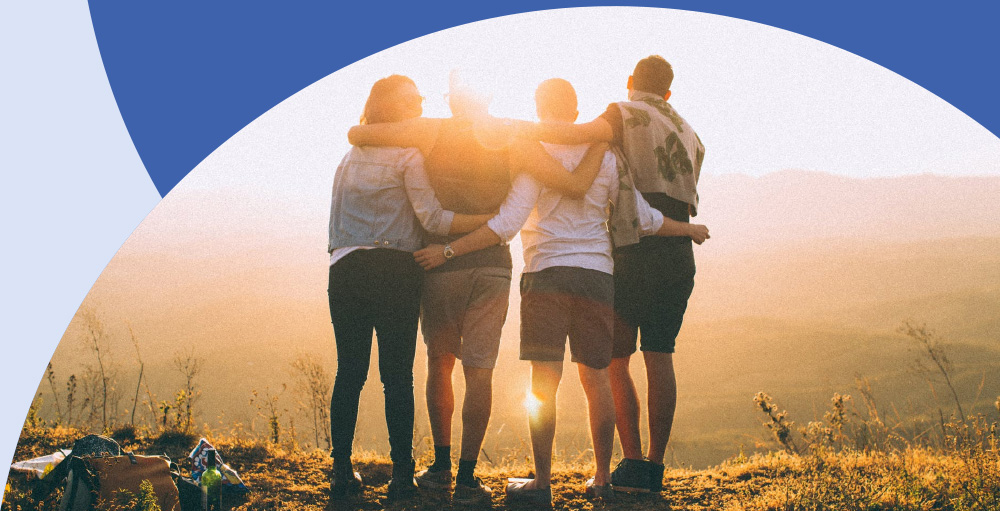 The Shatterproof Addiction Stigma Index in Collaboration with The Hartford 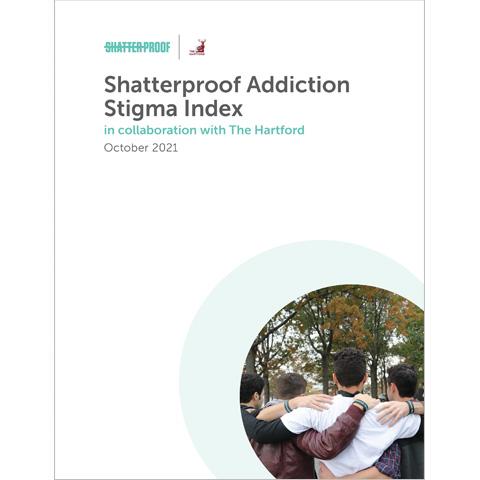 Shatterproof and The Hartford co-developed the Shatterproof Addiction Stigma Index (SASI) – a first-of-its-kind measurement tool designed to assess attitudes about substance use and people who use substances from the public. Supported by Ipsos alongside Dr. Brea Perry and Dr. Anne Krendl from Indiana University, the SASI also measures the perceptions of those with a SUD, including the degree in which they have internalized this exclusion.

Eliminating the stigma and discrimination faced by those with substance use disorders (SUD) has never been more important. Despite decades of action combatting the addiction crisis, negative beliefs, attitudes, and behaviors remain the largest and most persistent drivers of negative outcomes for those struggling with addiction.

According to the CDC, there were over 107,000 fatal overdoses in the U.S. in 2021 – the highest number in history. At the same time, 40 million American adults continued to suffer from the disease of addiction. The COVID-19 pandemic has worsened this crisis by increasing economic instability and social isolation, while reducing access to harm reduction, treatment, and recovery services. Structural racism and already-existing health inequities have worsened the impacts of the pandemic for marginalized communities, leading to increased rates of substance use and overdose. These effects will be felt for years to come, highlighting the urgent need to act.

Negative Perceptions of People with a SUD are Widespread

Deep-rooted and extensive negative perceptions among: 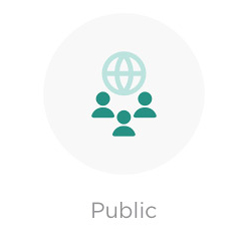 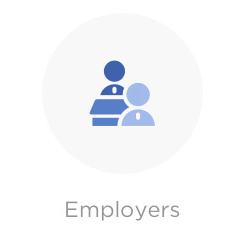 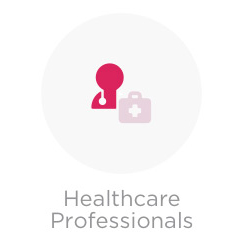 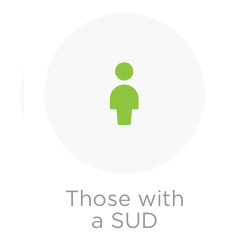 These perceptions affect and often dictate how policies are created, how healthcare is provided, and how people perceive treatment. Most importantly, these beliefs entrench deep feelings of exclusion and shame for individuals with a SUD throughout their lives, regardless of their recovery status – fueling negative outcomes and powering a vicious cycle that makes SUD much more difficult to address. 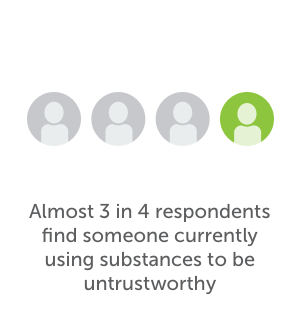 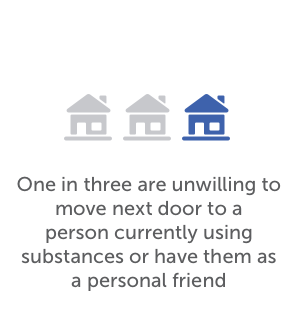 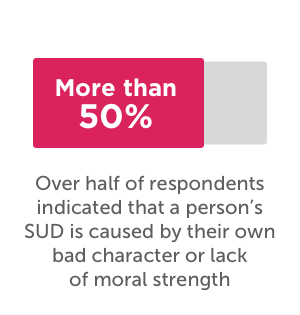 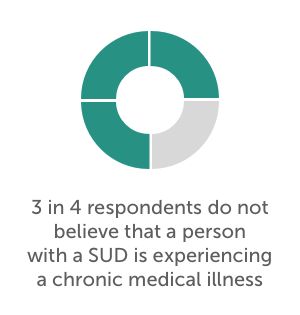 The public is wary of close contact with individuals who have an active SUD, contributing to the isolation already experienced among those individuals.

This Research Will Measure Change

A national movement to address addiction stigma is already underway, led by organizations like Shatterproof, as well as nonprofits, companies and businesses, advocates, those with lived experience, and local, state, and federal government – but data is needed to gauge advancement and demonstrate success. The Shatterproof Addiction Stigma Index, a  first-of-its-kind research tool, confirms the destructive nature of stigma in the United States, highlighting negative views, attitudes, and beliefs from both the public and healthcare professionals. It is the first tool designed to call increased attention to, measure progress on, and hold our nation accountable in eliminating addiction stigma. Even though structural policy reforms that aim to increase structural support and reduce structural stigma generally receives high levels of support from the public, this support differs in comparison to relatively high levels of public and self-stigma held by the same respondents, highlighting the need to continue stigma reduction efforts and interventions.

Stigma erodes self-worth, creates social isolation, and reduces access to care – all of which both perpetuate the disease and are major barriers to treatment, harm reduction, and recovery support and services. People with a SUD face similar levels of judgement regardless of their current or past use, enabling ongoing isolation even years after someone has stopped their problematic drug use.

The survey shows favorable perceptions of medication for opioid use disorder (MOUD) in theory, with 93% of respondents believing someone’s situation will improve with treatment and 90.7% agreeing that providers should care for someone with SUD as they would for someone with a different chronic illness. However, even those in recovery face stigma regarding their treatment. Close to half of the respondents agreed with the statement that MOUD is substituting one drug for another. Meanwhile, despite general support for treatment, almost half of respondents reported not wanting a clinic in their neighborhood.

What’s at stake is real. For millions of people across the country – for their loved ones, and for the ones who love them – this is a matter of survival. What has been done to date has not been enough to effect true, impactful change. If we do not address stigma and the resulting individual and structural discrimination towards those with a SUD, we cannot make true progress in ending the addiction and overdose crisis.

Even though structural policy reform has generally high levels of support from the public, this support in the abstract was observed in contrast to relatively high levels of public and self-stigma, highlighting the need to continue stigma reduction efforts and interventions.

Of course, the survey is only one part of the battle. Shatterproof’s National Movement to End Addiction Stigma, launched in 2020, seeks to centralize evidence-based best practices while also scaling behavior-change campaigns targeted at eliminating stigma across the United States. The movement’s work has already begun with the delivery of a National Strategy to End Stigma, an Addiction Language Guide, groundbreaking stigma reduction state campaigns, and the Stigma of Addiction Summit. We hope to continue our work alongside national organizations, universities, and the federal government as they begin to prioritize stigma reduction, which is included in both the National Institute on Drug Abuse and the Office of National Drug Control Policy strategies.

We must measure change to make change.

The Shatterproof Addiction Stigma Index was created in collaboration with The Hartford.