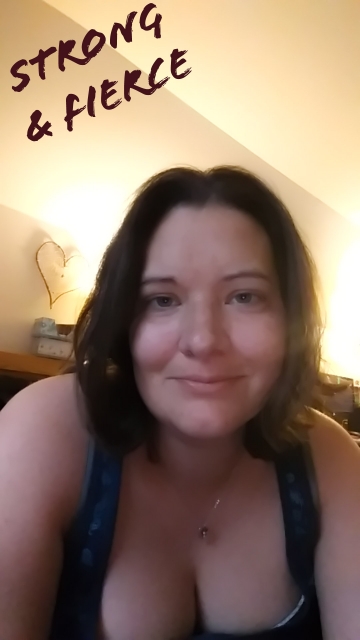 I admitted myself into rehab in December 2019. I've been struggling with addiction since 2001. I began using drugs at 15 years old. I got clean for a period of two and five years, but it's been many years since those times.

When I entered into treatment I was a grieving, yet numb, mess. I had lost my cousin to suicide in 2019 and then my son's father to overdose just a few months later. During my downward spiral on drugs and alcohol I also lost custody of my only son. After the suicide of my cousin my addiction took a harsh turn. I was sloppy and was only taking care of the necessities for my son. Everyone could see I was a mess. Not one person who came close to me smelled anything but alcohol.

When my son was taken so that I could clean myself up, his absence caused me to remain in the self-pitying, self-sabotage of addiction. After the loss of my son's father I took another turn and began to use heroin again. I knew that something needed to be done or my son would lose both of his parents.

I struggled with wanting to get clean and sober. It was not on my terms and I knew that I wouldn't be able to do it the right way, being honest with myself, until I wanted it. I tried to go to rehab in October of 2019 just to "get it over with." The very same day I got out I went down to the state store and got a pint of rum.

It took some soul searching and recognizing that I am going to lose my precious little boy for good if I don't do this (go to rehab) and get it right. I tried on my own and failed miserably more times than I care to remember. I'd switch between alcohol and heroin to try to get off of one or the other. They are both nasty withdrawals and they both also help the other's withdrawal. It was a vicious cycle. I made so many broken promises to myself that it's a wonder my trust issues weren't brought on by my own abuse of self.

I decided this time that I would go on Suboxone. After all, I had 5 years away from drugs and alcohol because of being on Methadone in the past. Since this rehab I went to offered induction, I decided that it was my best shot at staying clean and sober under my circumstances. With two major losses and complicated grief, I didn't see a good chance for me to stay clean without MAT (medication assisted treatment). I also have mental health issues that make everything that much more difficult in day-to-day life.

I ended up staying in this second rehab long-term. I got so much more out of long-term than I imagined I would. I have even taken up Bible study to keep my recovery holistic. Today, I have 141 days clean and sober by the grace of God. I will be getting my son back sometime at the end of the year depending on whether the courts reopen soon due to being closed from COVID-19. I am so excited to have him home again. Praise God!

Medicaid was the only way I was able to get the help I needed. MATs and God are the most valuable ways I'm able to retain my recovery. Seeing my future without drugs and knowing that it's attainable gives me hope.