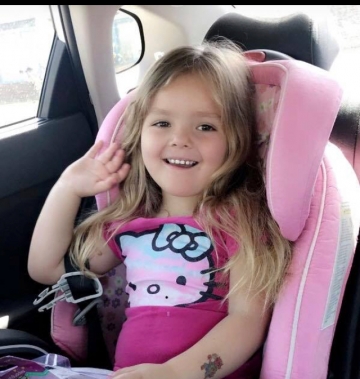 I am in desperate need of a support group. Not an AA meeting...

My name is Jeani. I am raising my 4 year old grand daughter, Mia. Mia was born dependent on the suboxone prescribed to her mommy, my 29 year old daughter. She abstained from everything else while pregnant so I guess it could’ve been worse...suboxone only blocks opiates, meth became the goal now so she and Mia’s daddy got money any way they could to get it. Neither worked at a job for any length of time...my son and I were repeated victims of their theft. Locks on our doors and keeping our valuables locked in our vehicles while we went to our jobs didn’t keep our things from the pawn shops.
I took Mia to California to be with my family after my mom passed 2 years ago...left my daughter and did the hardest thing I ever did in my life. I let her go...stopped enabling her once and for all. Without my money, etc., John left her on her own on the streets of Vegas and she eventually nearly met her demise and called me from a Vegas ER. She was in really bad shape, and she couldn’t walk. I got her here to Cali and she ended up in the hospital for more than six weeks on IV antibiotics for an infection that she got from needles (now using heroin since I wasn’t funding her suboxone treatment) that went into her bones. No contact with John now, but, over time she became obsessed with ‘finding him’ as she moved through rehab centers. He called on Mia’s 2nd and 3rd birthdays...and again on New Years Day 2017. Then nothing.
My daughter recently came out of a 90 day program and relapsed 14 days later. Still obsessed, on a 6 week waiting list to re-enter rehab, her alcoholic father relapsed and she started using again. I broke down and I bought her bus fare to do what she insisted she needed to do in order to go back to rehab. 3 hours after arriving in Vegas, after talking to several street people...she kept hearing the same story- he died. OD’ed. Confirmed by calling the coroner. He went to the ER in severe pain, left side, heart attack. Stents were placed but a second heart attack took him.
I drove the next day, would’ve been his 37th birthday, to get her and bring her back. Presently? She’s in the ER on suicide watch, coming off of the meth she did in Vegas after getting the bad news. She wants to die. She’s one foot into a mental hospital...on a 51/50 legal hold.