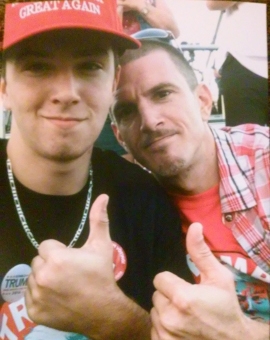 My 36 yr old son Matthew was a shining star. A single dad to his son Kyle, a loving devoted brother to his 27 yr old sister Melyssa and a kind an true friend with the guys he knew since childhood. He was handsome, bright with a great sense of humor. He was always a hard worker with a good job. He left his imprint on the hearts of all who knew him. He excelled at basketball even into adulthood playing on men's leagues.

Bookmark this
Photo submitted by
Pattie Scott
Tell us about your loved one.