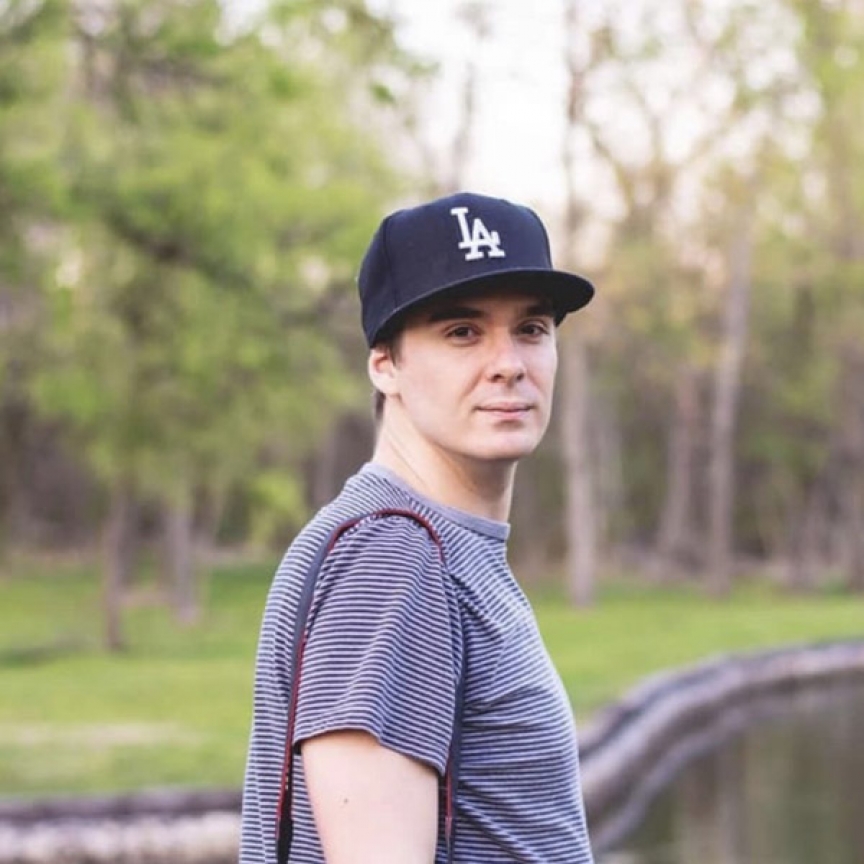 Ryan and I met in photography class. The first day of class I turned over to the girl sitting next to me and I said “I bet you he’s from California!”. “How do you know," responds the girl?. And all I could say is “Californians just know other Californians”. I found out the next week in class that he was a transplant just like myself. He had moved to Texas from California just a month prior to class. We clicked automatically. We were both artistic by nature. We adopted a doggy together named Buddy after only 2 months of dating. I had found out that Ryan was 5 years clean from drugs and alcohol and I was excited to be dating somebody who didn’t drink or do drugs. I didn’t know Ryan through addiction back before him getting clean.
Our relationship bloomed and we saw each other on a daily basis. He had become my best friend. After close to two years of dating is when I found the empty six pack of beer under the bathroom sink. My heart sunk so deep into my bum. Alcohol wasn’t my Ryan’s go to. He had been a heroin and Xanax user. I knew in my heart that if he didn’t get clean quickly that alcohol would turn into drugs.
On December 27th my head had just been laying on his chest just hours prior to the worst call I ever received. I loved listening to his heart beat and I loved my head moving up and down as his chest rose and fell.
I went back to say my goodbyes. A nurse was on my left side holding up my body and my mom on my right side. I laid my head down one more time on his chest but this time I didn’t hear that heart beat I was so use to hearing. No rising or falling... my life had fallen apart in that very moment. I just wanted him to wake up and tell me he was playing a sick joke. His skin was still warm from the CPR. It didn’t seem real to me. I kissed his forehead and held his hand and just laid there. My dad was behind me as well and a pastor who came into the room along with an officer in charge of the case. I could have spent longer with him but I knew I was going to have to kiss him and say good bye. My Ryan lived a great life! He still deserved more time on this earth. He still had so much he needed to do. He wanted to become a vet tech. He was gentle, kind, soft spoken, loved animals (especially dart frogs), he loved his bearded dragon Frank and our dog Buddy! He was an AMAZING photographer and had a light that shined so bright.

The disease of addiction seeks and destroys. It doesn’t matter who you are, where you're from, if you come from a good or bad family, it doesn’t matter if you’re rich or poor, etc., it doesn’t care!!! This disease took a good man and broke so many people. I can say that Ryan’s passing has forever changed the woman I once was. I’ll never be the same. My heart however goes out to his family. I’ve watched a family destroyed by the loss of Ryan.. Ryan who was a LOVING son, grandson, brother, uncle, and best friend. Ryan truly truly LOVED his family!! The bond he had with his sweet momma was so precious. He had a very different relationship with each one of his sisters and he loved them so much and he as a huge protector. Ryan was an uncle who loved his adorable nephew. He was about to be an uncle to another baby boy right before he passed away. Ryan sadly missed the opportunity to meet him. But I can tell you he was as SO excited to meet the little man! Lastly, the love he had for his grandparents was beautiful.

He’s deeply missed by so many. Sometimes I pick up the phone just wanting to call and tell him something awesome and I realize that it’s no longer a possibility. I miss his voice, his hugs, and everything about him.

Submitted by: Lauren Barros To edit this memorial, please contact us at info@shatterproof.org or 800-597-2557.