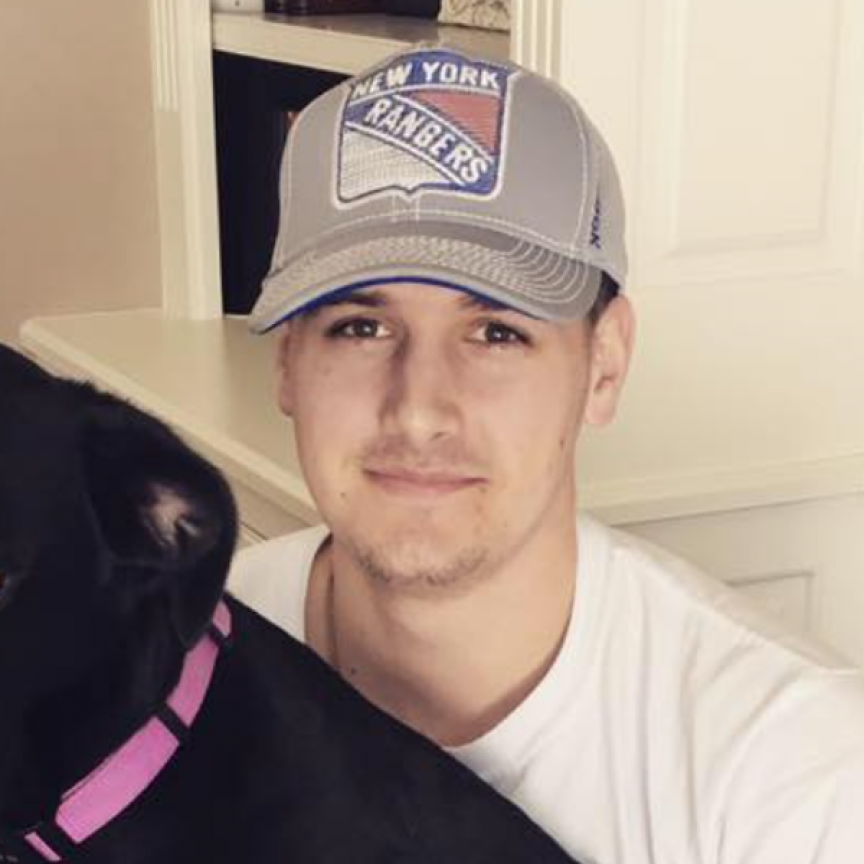 Sean lived in Norwalk throughout his life. He attended Norwalk schools and graduated from Norwalk High School in 2010 where he was a standout member of the baseball and soccer teams. Sean was a sports enthusiast as both a player and avid fan. He rarely missed the opportunity to root on the Yankees, Jets, Rangers, Manchester United soccer, and his all-time favorite basketball player, LeBron James. Sean’s competitive spirit, whether it be in athletics, family card games, or video games, was unmatched. Sean loved his family and friends deeply. He greeted everyone with a warm smile and a memorable hug. He was particularly close with his two brothers They were often together working out at the gym, traveling to Vermont to snowmobile, or watching sports. Sean was amazing with children and animals – his kindred spirits. He could always be found entertaining the littlest cousins of the bunch, who will miss his silly personality and contagious smile, or snuggling up with the family pets who adored him as much as he adored them. Cooking came naturally to Sean, he was always happy to throw together a delicious, gourmet meal at a moment’s notice.

Those who knew Sean, even just a little, lost a shining light in their life. He had so much goodness, so much capacity to bring happiness to others. The world is a lesser place without him.

Submitted by: Julia Silva To edit this memorial, please contact us at info@shatterproof.org or 800-597-2557.